Making a Murderer And Wrongful Convictions 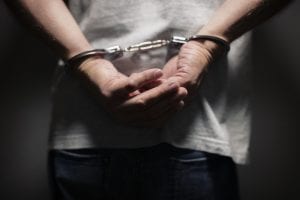 Making a Murderer is an American true crime documentary television series written and directed by Laura Ricciardi and Moira Demos. Some of the legal issues covered in the show apply to the law here in the UK. Read more to find out how it applies.

The initial documentary is centred on the story of Steven Avery, a man from Wisconsin, who served 18 years in prison for a wrongful conviction of sexual assault and attempted murder. Avery was later charged in 2005 and later convicted in 2007 of the murder of Teresa Halbach. His nephew, Brendan Dassey, was also accused and convicted as an accessory in the murder.

Was it a Wrongful Conviction?

Steven Avery, at the age of 22, was wrongfully convicted of rape. He spent almost twenty years in prison before being exonerated through DNA testing. Avery was convicted based on a description given by the victim, which police thought resembled Avery. After being picked from a photo array, Avery was arrested. Although 16 people testified confirming his alibi at the time of the attack, a state forensic official claimed that a hair found on one of Avery’s shirts was consistent with that of the victim.

In 2001, the Wisconsin Innocence Project became involved in his case. The following year, it was granted a court order for DNA testing of a public hair found on the victim, which was matched to another man, who strongly resembled Avery. All charges against Avery were dropped and he was released.

In the UK the term used for the type of case such as Avery’s is a ‘miscarriage of justice’. During the 1990s, a series of high-profile cases turned out to be miscarriages of justice. Therefore, in 1997 the Criminal Cases Review Commission was created to examine possible miscarriages of justice. This requires strong new evidence of innocence, or new proof of a legal error by either the judge or the prosecution. There have, unfortunately, been many notorious cases of miscarriages of justice in the UK. Some of the most famous for example are the Birmingham Six and the Guildford Four. Similar cases to Avery’s have been heard for example the case of Stefan Kizko in 1975 who spent 16 years in prison before his release for the rape and murder of a girl. In 2007, Ronald Castree was arrested for the offence on DNA evidence and was subsequently convicted.

Get Your Ticket Now

The alleged false confession given by Brendan Dassey, Steven Avery’s nephew stems from Avery’s second conviction surrounding the murder of Teresa Halbach. During the investigation, Dassey who was Avery’s alibi, underwent a series of police investigations without counsel or parent present, although consent was given by his mother for the interrogations to take place. During these interrogations, it is alleged that investigators made false promises to Dassey using approved techniques developed in order to allow law enforcement to use tactics that pressure suspects to confess.

While being interrogated, Dassey confessed in detail to being a co-conspirator in the murder of Teresa Halbach.  Dassey later recanted his confession in a letter to the trial judge. In December 2015, Dassey’s attorneys filed a writ of habeas corpus in order to ask for the release of Dassey citing constitutional rights violations due to ineffective assistance of counsel and coerced confession. In August 2016, US magistrates judge William E Duffin ruled that Dassey’s confession had been coerced and was therefore involuntary and unconstitutional, and ordered him released.

In June 2017 the decision was upheld. However, on appeal in December 2017, the full en banc Seventh Circuit upheld Dassey’s conviction with the majority finding that the police had properly obtained Dassey’s confession. In June 2018 a writ of ceritiori was petitioned to the US Supreme Court for them to review the decision, this was denied.

Criminal Law not for you? Why not look into becoming a Family Lawyer. >>

Confessions in the UK are admissible in evidence under Section 76 of Police and Criminal Evidence Act 1984 if it is relevant to any matter in issue in proceedings and is not excluded under the section. The confession will be inadmissible if it is represented to the court that the confession was or may have been obtained by oppression of the person who made it or in the consequence of anything said or done which was likely to render unreliable any confession which might be made by him.

The prosecution must prove to the court, beyond reasonable doubt, that the confession was not obtained in those circumstances. In the case of R v Fulling [1987], the court identified a number of circumstances where confessions can be deemed unreliable, for example, if the confession was obtained as a result of an inducement for example promises of bail, hostile and aggressive questioning and failure to provide an appropriate adult where one is required. As you can see, if the allegations about Brendan’s confession are true then many of the circumstances of his confession wouldn’t be admissible in a UK court. An example of a false confession case broadly similar to Dassey’s due to the suggestible nature of the accused is the case of Stephen Downing. Downing was convicted of murdering a girl in a church cemetery in 1973. The 17-year-old had a reading age of 11. The police made him sign a confession he was unable to read and he was later convicted and spent 27 years in prison. His conviction was overturned in 2002.