Sexism in the City: Women in Law 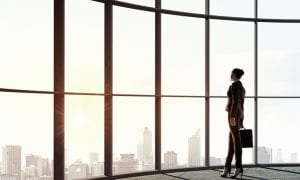 It has been 95 years since the the first female solicitor was admitted to the Law Society. What a cause for celebration! In 2016, the Solicitors Regulation Authority found that half of practising solicitors are now women. However as always, there is a catch. Less than 30% of these women are partners at their firms. Moreover, SRA found that women are more likely to work in regional branches than big City circles.

These figures lead us to question how far women in law have really come. Has the legal reform over the ages been a proactive evolution towards equality by the majority, or merely a reactive token to the underrepresented minority?

Women in Law: A Timeline of Developments

A timeline of the 20th century can be used to demonstrate the change in women’s legal status:

Women in Law: The Reality of Sexism

Paul Philip, the SRA’s chief executive, said: “There should not be any barriers stopping the best people – whatever their background – thriving in law.” Evidently women can survive, just as equally as men, the triumphs and trials of the legal profession. So why are they not permitted to thrive?

According to the Student Guide’s 2014 Gender Diversity Survey, in the average UK commercial law firm women comprise just 24% of the partnership. Furthermore, there have numerous incidents of discrimination reported in the workplace:

Prima facie, women in law have come a long way, and mostly by their own campaign. Plainly, both employers and society are yet to catch up. Perhaps this just a (very long) marathon and not a sprint, or are women in an obstacle race that they just cannot win?

Diversity in Law: The Financial Hurdles

How has the diversity of the legal world changed for those from lower income households, if at all? Contributor Lauren explores.

We caught up with an inspiring individual who overcame adversity to take part in the Bird & Bird Bursary Programme and subsequently land a training contract at the firm. Keep reading to find out more!