Diversity in Law: the Financial Hurdles 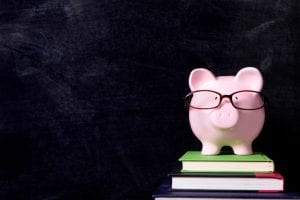 A quick search of the phrase “working class law” on Google provides you with approximately 31,400,000 results. The top hit is an article from The Guardian and it informs the reader that “Poshness Tests” are thwarting the career prospects of talented working class applicants and are, unsurprisingly, reinforcing division.

It has long been a stereotype that the legal profession is a field which has an over-representation of those from a middle class background, specifically white males. This lack of diversity in law can be highlighted in the findings from the Milburn Report, in which it was found that 75% of judges, and nearly 70% of barristers, are privately educated. Perhaps most tellingly, this adds to the ideology that a career in law is unattainable should you not fit the mould, and it therefore is seen by many to be intimidating and unrealistic.

Diversity in Law: Hurdle One – University

One of the main factors which must be considered when looking at diversity in law is finance; more specifically, the costs involved when attempting to qualify. To pursue a ‘traditional route’ into law you must pay £9,000 per year for three years in order to obtain a qualifying law degree. A student can then either pursue the Legal Practice Course, in order to become a solicitor, or the Bar Professional Training Course, which allows graduates to practice as barristers. For 2017/18, the average price of a LPC is over £11,000, and for a BPTC it’s £16,000. These fees typically cannot be funded by student finance and the most common way for aspiring lawyers to continue is to either self fund or apply for a bank loan.

One avenue that is available to students who find such a financial contribution to be daunting is the integrated masters programme at Northumbria University. The 4-year course, stylised as ‘MLaw’, allows students to follow either the solicitor or barrister route as part of their 4-year degree. Meanwhile, the money to be paid each year remains at £9,000. This fee, due to the nature of the course, can be funded through student finance. This offers prospective a lawyers a much more accessible and affordable route into the profession.

Although schemes such as this are in place, it must be noted that it is doing little to eradicate the ‘closed door’ nature of the legal sphere. Research carried out by the Cass Business School highlighted the fact that top firms have taken steps to increase recruitment of ethnic minorities, members of the LGBT community and those from severely impoverished areas. However, it was also stated that working class applicants miss out because they simply do not ‘fit with the brand’. There seems to still be a fear and reluctance amongst some firms to recruit graduates from newer and less esteemed universities. The image they are then portraying is that they are unable to recruit outside of academically superior establishments.

Despite all of this, it can be said for certain that there are some young professionals in legal positions who have came from lower socio-economic backgrounds. It also appears that more and more firms are recognising the lack of social diversity, and that the way in which talent is identified is changing, to allow disadvantaged students to prosper. The Bird & Bird Bursary Scheme is an example in which the firm sponsors Year 12 students financially throughout their time at university. Undoubtedly, this is a brilliant opportunity for those involved. It provides an excellent example for other firms to follow and hopefully incorporate themselves, and is evidence at some attempt of change.

On a personal level, I feel that there is simply a lack of visibility of young, working class women in legal positions, both locally and nationally. To increase diversity in law, it must be recognised that higher social stature cannot be a substitute for intellectual ability.  There is clear evidence of a shift in the norms of recruitment, however these diversity schemes and such show little in way of sustainability. It is my hope that one day the demographic of lawyers will be as diverse as the general public. Until then, it appears as though Alan Milburn was valid in his assessment of the state of the profession – the glass ceiling may have been scratched, but it certainly has not been broken.

We caught up with an inspiring individual who overcame adversity to take part in the Bird & Bird Bursary Programme and subsequently land a training contract at the firm. Keep reading to find out more!