How to Discuss: The Supreme Court’s Rights of Gay and Transgender Employees Ruling 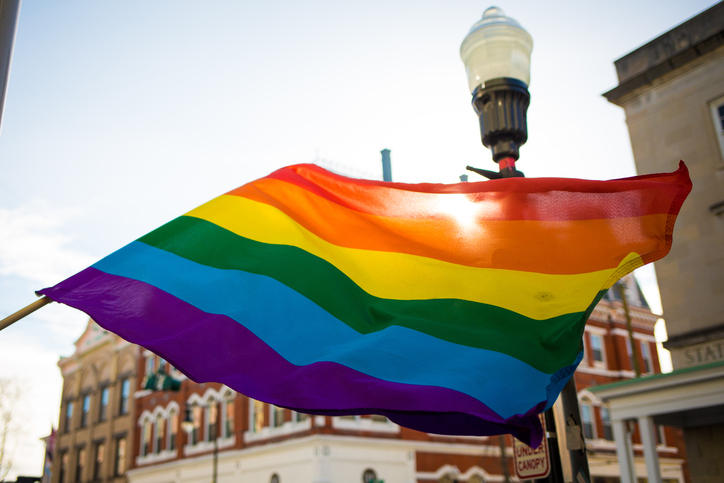 In a landmark ruling, the Supreme Court decided that “an employer who fires an individual merely for being gay or transgender violates Title VII”, broadening the protections offered by Title VII of the Civil Rights Act of 1964 to apply to LGBTQ+ individuals. Read on to find out the main facts of the case and important opinions surrounding the ruling.

Facts of the Case

All three plaintiffs filed complaints with the Equal Employment Opportunity Commission, which then brought forward lawsuits alleging termination based on sex discrimination in violation of the Civil Rights Act 1964.

The question the Justices considered was:
Does Title VII of the Civil Rights Act of 1964, which prohibits against employment discrimination “because of . . . sex” encompass discrimination based on an individual’s sexual orientation?

In a 6-3 opinion delivered by Justice Neil Gorsuch (a libertarian conservative), the Supreme Court declared that “an employer who fires an individual for being homosexual or transgender fires that person for traits or actions it would not have questioned in members of a different sex”.

Gorsuch established that the ordinary public meaning of sex was male or female. So he concluded that sex played a “necessary” role in the decision of an employer to fire an employee for being gay or transgender which was explicitly forbidden by Title VII of the Civil Rights Act 1964, as it required intentionally treating employees differently on the basis of their sex.

Gorsuch rebutted the idea that Title VII did not address LGBTQ+ employees: although he conceded that the Congress that passed the Civil Rights Act would not have anticipated Title VII to apply to gay or transgender employees. He stressed that the court’s responsibility in this case was to apply the “broad rule” without exceptions and argued that many applications of the sex provision in Title VII were unforeseen in 1964, like discrimination on the basis of motherhood.

Gorsuch also maintained that broader concerns invoked by the ruling like its effect on religious organisations or dress codes were “questions for future cases”, as the issues raised before the court did not concern issues like the intersection of religious liberties and sexual orientation.

Justice Samuel Alito (joined by Justice Clarence Thomas) filed a dissenting opinion in which he contended that the majority’s opinion was more akin to legislation than a textualist approach, violating the separation of powers enshrined in the constitution in a “brazen abuse of [their] authority”.

Alito argued that the Court– under the guise of textualist statutory interpretation- essentially altered the Civil Rights Act to better reflect contemporary cultural values. Instead, Alito placed a greater emphasis on the legislative history by concluding that the question before the court did not concern whether the Justices thought that discrimination based on sexual orientation or transgender status ought to be outlawed, but rather if Congress intended to do so when passing the Civil Rights Act in 1964 – which it “indisputably did not”.

Justice Alito also raised the example of the House of Representatives attempting to pass a bill last year that would clarify Title VII’s scope to include discrimination based on sexual orientation and gender identity but was stalled in the Senate. He stated that it was the responsibility of Congress to make that decision, not the Supreme Court as this “effectively ended any chance of a bargained legislative resolution”.

Justice Brett Kavanaugh also opted to file a dissenting opinion; whilst acknowledging that the ruling was a momentous victory for the LGBTQ+ community, he emphasised that Congress should have been the institution to deliver that result rather than the Supreme Court. Kavanaugh also disagreed with the majority over the ordinary public meaning of “discriminate based on sex”, as he did not believe that extended to discrimination because of sexual orientation or gender identity.

He argued that this ruling eroded public trust in the institution of the Supreme Court as it blurred the distinction between the legislative branch and the judicial branch (whose responsibility was to interpret the law, not amend it), which augmented the cynicism of the wider public who might be swayed to believe that Justices could usurp the role of Congress in policymaking.

Read Next: LGBTQ Legal Rights: What You Need to Know

5 Things I Learned at the BPP SQE Webinar