Atticus Finch, in Harper Lee’s timeless To Kill a Mockingbird, has arguably inspired many to pursue a law degree with the hope of representing their client’s interests with conviction, integrity and candour.

And there are many who have taken this route but went on to become household names for sometimes completely unrelated reasons. Read on to see a list of some of the world’s most famous icons with law degrees. Some of them may well surprise you!

Born in 1939, John Cleese is most well known for his appearance in the ‘Monty Python’ film franchise and the popular British sitcom ‘Fawlty Towers’. He was a mischievous prankster in his youth and his penchant for making people laugh carried through in his acting career. John Cleese secured a space to study law at the University of Cambridge.

Went on to become: a famous actor in many films and sitcoms including ‘Monty Python’, winner of the BAFTA award for ‘Fawlty Towers’, declined a peerage and knighthood when offered one. 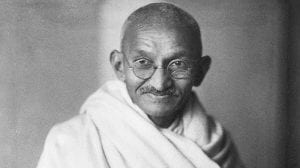 Known for his philanthropy and activism, Gandhi fought reverently for the independence of his home country, India. Born in 1869 to a well-off family, he married at the tender age of 13 and rebelled against his parents for most of his youth. However, after the death of his father, he sought retribution, becoming an icon of peace for generations to come. While many are familiar with his memorable quotes and unyielding sense of justice, fewer are aware of his academic background in law.

Went on to become: a lawyer, leader of the Indian independence movement and renowned advocate of nonviolent civil disobedience. 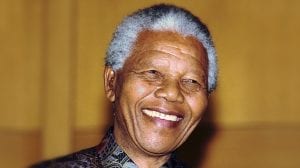 Born in 1918, Nelson Mandela spearheaded the anti-apartheid revolutionary movement in South Africa during the late 20th century. He served as president of the ANC party whilst pursuing policies to facilitate racial reconciliation in a deeply segregated society (where black people were persecuted). His knowledge of law (gleaned from his experience as a lawyer in Johannesburg) combined with his deep-rooted desire to achieve change led to Mandela displaying extraordinary resilience. This was in spite of being arrested several times, and he was eventually awarded the Nobel Peace Prize. 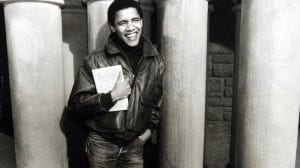 Barack Obama is arguably the most famous political celebrity of our generation, garnering the support of household names like Beyoncé. He won the hearts of millions through his liberal policies (like the legalisation of same-sex marriage in 2015 – a huge milestone for the LGBTQ+ community) during his tenure as the President of the United States of America. Born in Hawaii in 1961, Obama worked diligently to overcome the prejudices surrounding his multicultural heritage; he eventually went on to marry Michelle Obama who supported him conscientiously throughout his career.

Went on to become: associate at the Chicago office of Sidley Austin LLP, Illinois State Senator and the first African-American President of the United States of America (“USA”) serving two terms (2008-2016). 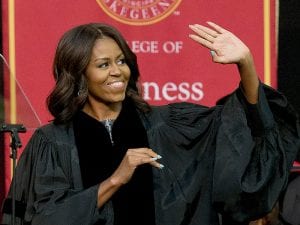 Serving as the First Lady of the United States of America from 2009 to 2017, Michelle Obama gained somewhat of a cult following as a result of her charismatic personality, her relentless advocation of women’s rights worldwide and sharp wit. Born in 1964 to African-American parents, Michelle struggled with maintaining her own separate identity in her youth; her admission to Princeton for her undergraduate degree boosted her confidence, while her law degree at Harvard cemented her legacy as a remarkable woman and role model.

Went on to become: associate at the Chicago office of Sidley Austin LLP, first African-American First Lady and hopefully the first female… 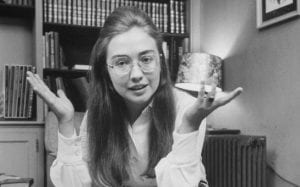 Hillary Clinton was born in 1947 and she married Bill Clinton in 1975. As the First Lady of the United States during 2009 to 2013, Hillary Clinton advocated for issues like gender equality (she often referred to her goal being to ‘smash the glass ceiling’ during the 2016 Presidential election run) and education reform. She played a central role in shaping public policy and was the initial First Lady to have attained a postgraduate degree. During her failed bid for the presidency in 2016, Hillary Clinton presented herself as an icon of female empowerment and consistently appealed to her female fan base.

Went on to become: associate and the first female partner of Rose Law Firm (third oldest law firm in the USA), First Lady, first female New York Senator, Secretary of State during Obama’s administration from 2009-2013 and the fifth presidential nominee to win the popular vote but not secure the presidency. 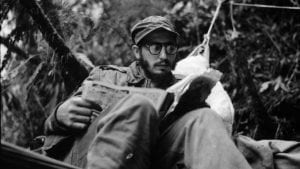 Born in 1926 in Cuba to a wealthy farmer, Castro encountered the teachings of Marxist-Leninism whilst studying a law degree at the University of Havana. He quickly adopted extreme left politics, advocating for the implementation of a one-party state and a socialist economy with the nationalisation of industry. He achieved this during his tenure as the 15th President of Cuba. Castro is to this day, an extremely polarising figure; he is blamed for the countless human rights abuses that took place, yet undeniably Cuba’s healthcare and education system improved massively under his leadership.

Went on to become:  a Communist revolutionary in Cuba who led the communist revolutionary group, the Movimiento 26 de Julio (26th of July Movement) alongside his brother Raúl Castro and guerrilla fighter, Che Guevara that overthrew the administration of President Fulgencio Batista. Following the Cuban Revolution, he served as Prime Minister and later President of Cuba until his passing on 25 November 2016. 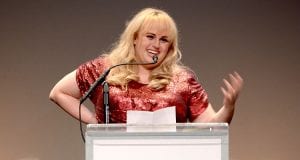 Born in 1980, the 39-year-old actress is perhaps most well known for her roles in the popular films like ‘Pitch Perfect’ and ‘Night at the Museum’; she has even spoken out on issues like gun control laws in America. The droll and witty character she often plays arguably stems from her academic background in law (the Bachelor of Laws degree).

Went on to become: a writer, producer and actress who has starred in the hit rom-com Bridesmaids and the popular Pitch Perfect franchise. 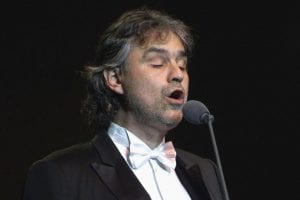 Born in 1958, Bocelli displayed a flair for music from a young age; despite going completely blind at the age of 12, he persevered with his talent, studying law at the University of Pisa while performing in money bars to earn money. Bocelli’s voice has been complimented as being the best in the world by David Foster; he has been nominated for and won several prestigious awards including a Grammy award for Best New Artist.

Went on to become: a court-appointed lawyer (equivalent to a lawyer employed directly by the Legal Aid Agency in the jurisdiction of England and Wales) and a critically acclaimed singer, songwriter and producer who is arguably most famous for his rendition of “Con te Partirò”. 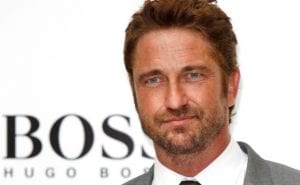 Gerard Butler was born in 1969 in Scotland; his passion for acting was evident even from a young age when he attended the Scottish Youth Theatre as a teenager. Upon his completion of a law degree at the University of Glasgow Law School, Butler quickly realised that acting was his true calling and he won his first role in Steven Berkoff’s ‘Coriolanus’.

Went on to become: a trainee solicitor at Morton Fraser and, following his dismissal one week before qualification, pursued his passion to become an actor. This led to roles in Lara Croft Tomb Raider: The Cradle of Life, The Phantom of the Opera and, most notably, as King of Sparta, Leonidas I in the blockbuster hit, 300. 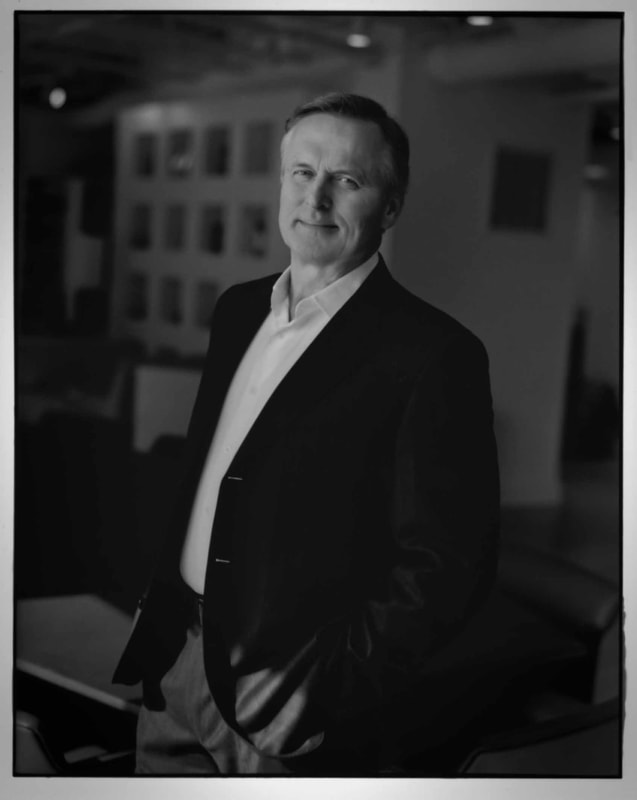 John Grisham’s popular crime thrillers including ‘The Reckoning’ and ‘A Time to Kill’ have captivated audiences worldwide; he consistently draws upon his academic background in law and extensive experience as a criminal lawyer to create spellbinding pieces of literature with many twists and turns. He was born in 1955 in Arkansas.

Went on to become: lawyer, elected Democrat in Mississippi House of Representatives, celebrated author of many crime thrillers like ‘The Firm’

Born in 1944 in England to Jewish refugees, Jerry Springer emigrated to New York in 1949. He pursued a short-lived political career (he was a political advisor to the late Robert F.Kennedy and unsuccessfully ran for Congress and governor of Ohio); he overcame numerous political controversies and shot to fame as the host of the ‘Jerry Springer Show’.

Went on to become: host of many shows like ‘The Jerry Springer Show’, America’s Got Talent (for two seasons) and ‘Springer on the Radio’ 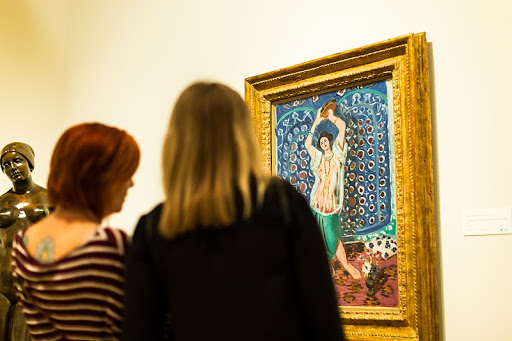 Known for his immense contribution to the visual arts, Henri Matisse was born in 1869 in France. He originally planned to become a lawyer, travelling to Paris and becoming a law clerk after gaining his qualification. Henri Matisse was inspired by the Impressionist style of paintings and incorporated bright colours into his work, creating timeless pieces of art like the ‘The Joy of Life’ and ‘La Danse’.

Want to Find Out What You Can Do With a Law Degree?