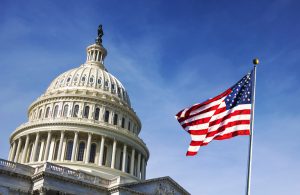 America, the land of the free. With all that freedom, its people developed a constitution that inspired revolutions across Europe. However, one thing that has not escaped this nation is a set of its own weird and confusing laws.

Do Not Drive Blindfolded in Alabama

Interestingly, it is illegal to drive blindfolded in Alabama. This law certainly makes a lot of sense. Our driving theory tests and driving instructors would definitely remind us of how important it is to keep our eyes on the road at all times. In Alabama, they go the extra mile and make sure you won’t be encountering any blindfolded drivers on your journey.

Do Not Wash Your Neighbour’s Car Without their Permission

Personally, I’d really appreciate it if my neighbour decided to wash my car. But if you are in Los Angeles you’d better put down that sponge if you haven’t had permission beforehand otherwise you may be in a little trouble with the law.

Sip and Spit Only!

Can you imagine fresher’s week without alcohol? Oh – it must be nice without the fresher’s flu and the awful hangovers you have during your 9 am lectures…

In America, the legal drinking age is 21 years old. But this isn’t the odd part. In Illinois, special consideration has been granted to a culinary school in the Prairie State.

It was argued that culinary students should know their wine well and that this would be an important factor in receiving a valuable education. So, the state passed the Sip and Spit law, allowing culinary students to taste the wine as long as they spit it out afterwards, so that they are able to understand this crucial area of their education.

How Dare You Send me Pizza!?

If in Louisiana, don’t try to send anyone a surprise pizza. Honestly, have you no decency? Now you will have to pay heavily for this appalling gesture – a whole $500 fine is coming your way.

I’m sure that criminals in New Jersey aren’t too happy about this odd law. If you are found wearing a bulletproof vest while committing a crime in New Jersey, you will not only be charged with the crime but have to be charged additionally for trying to protect yourself against bullet wounds.

If you’re a bingo lover, you’ll hate to find out that a game cannot last more than five hours in North Carolina. It’s even worse if you like a little glass of wine while playing, because, in this state, it is illegal to be intoxicated while playing bingo.

No Sweeties for Adults

This is an issue worthy of debate. If you are over 14 years old can you trick-or-treat? In Chesapeake City, Virginia, they have a clear answer to this question. You cannot. Adults involved in the trick-or-treating festivities must only be accompanying a child and not engaging in trick-or-treating themselves. However, the under 14s are not totally free from restrictions either and they will be subjected to an 8 pm curfew too. Happy Halloween!

Women and Their False Teeth

We assume that long gone are the days when men told women what to wear and how to look. This, however, is not the case in Vermont. This law while unenforced has not yet been overturned. It dictates that women must get permission from their husbands if they want to get false teeth.

All this time, I assumed that Britain had some fairly odd laws with beached whales being offered to the Queen, a law against  wearing armour in Parliament and the prohibition of handling a salmon in suspicious circumstances. Some of these American laws are certainly weirder, more confusing and some a little scarier though. And from the point of view of an adult who loves Halloween and surprise pizzas, some of them were also just saddening.

Which American law did you think was the weirdest?

What are some of the weirdest legal cases that have happened around Christmas time? Find out here!