How to Discuss Brexit at a Law Interview 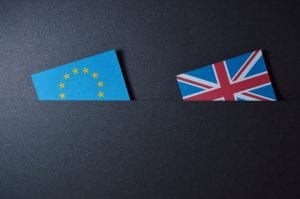 The decision to leave the European Union has precipitated a political crisis that will have far reaching consequences for the legal sector. Brexit will consequently be an extremely popular topic at training contract interviews and you must ensure that you have a broad understanding of Brexit and its implications for law firms across the country.

Effect of Brexit on Law Firms: The Basics

As negotiations continue with little progress appearing to be being made, there are growing doubts about the kind of departure that Britain will be able to make from the European Union. While Britain is due to leave the EU in 17 months time, negotiators on both sides are no closer to reaching agreement as to the kind of economic and political relationship that Britain will have with the European Union. This lack of certainty is already placing pressure on British businesses and encouraging European businesses to cut back orders from UK suppliers.

Effect of Brexit on Law Firms: The Preparation

At a training contract interview, you need to be able to demonstrate an understanding of the negative impact this economic uncertainty has had for British business and be able to back this up with facts and statistics. Reading the business press is a key means of ensuring that you can do this. A student subscription to the Financial Times or The Economist is a really handy way of making sure that you keep up-to-date with the latest Brexit developments and their impact on the broader UK economy. Reading these publications in the months leading up to your training contract interview will ensure that you have a pool of ideas that you can draw upon when you are inevitably asked to talk about Brexit and its implications for UK businesses.

Read more about training contract interviews and how to prepare for them on our Training Contracts Interview page!

Effect of Brexit on Law Firms: The Details

You must also demonstrate an understanding of the wide-ranging consequences that Brexit will have for UK law firms. The legal sector will be disproportionately effected by Brexit in comparison to the wider UK economy due to its reliance on demand from services which have been negatively impacted by the decision to withdraw from the EU. More broadly, if multinational companies and financial services firms view a post-Brexit Britain as too isolated from the EU they may decide to close their UK operations. This is a very real possibility and has been consistently reiterated by a number of chief executives. For example, HSBC’s chief executive, Stuart Gulliver, has stated that 1,000 roles will “move in about two years’ time, when Brexit becomes effective”.

Moreover, the Swiss bank UBS has said that 1000 of its 5000 staff could be relocated to Frankfurt or Madrid.  Jamie Dimon, president of JP Morgan, has warned that 4000 UK jobs are at risk.  If financial services firms and multinational companies leave London, the legal work that they currently outsource to London law firms will be transferred to their competitors in other European capitals. As law firms lose business they will have to quickly find new sources of income in order to survive in post-Brexit Britain.

At a training contract interview, it is essential that you show an appreciation of the challenges that Brexit has created for their law firm and the ways in which they will need to respond in order to ensure that they remain profitable and continue to promote the growth of their business.

Read our free guide on how to ace the training contract interview.

The telephone interview may be the next step - read our preparation tips here!