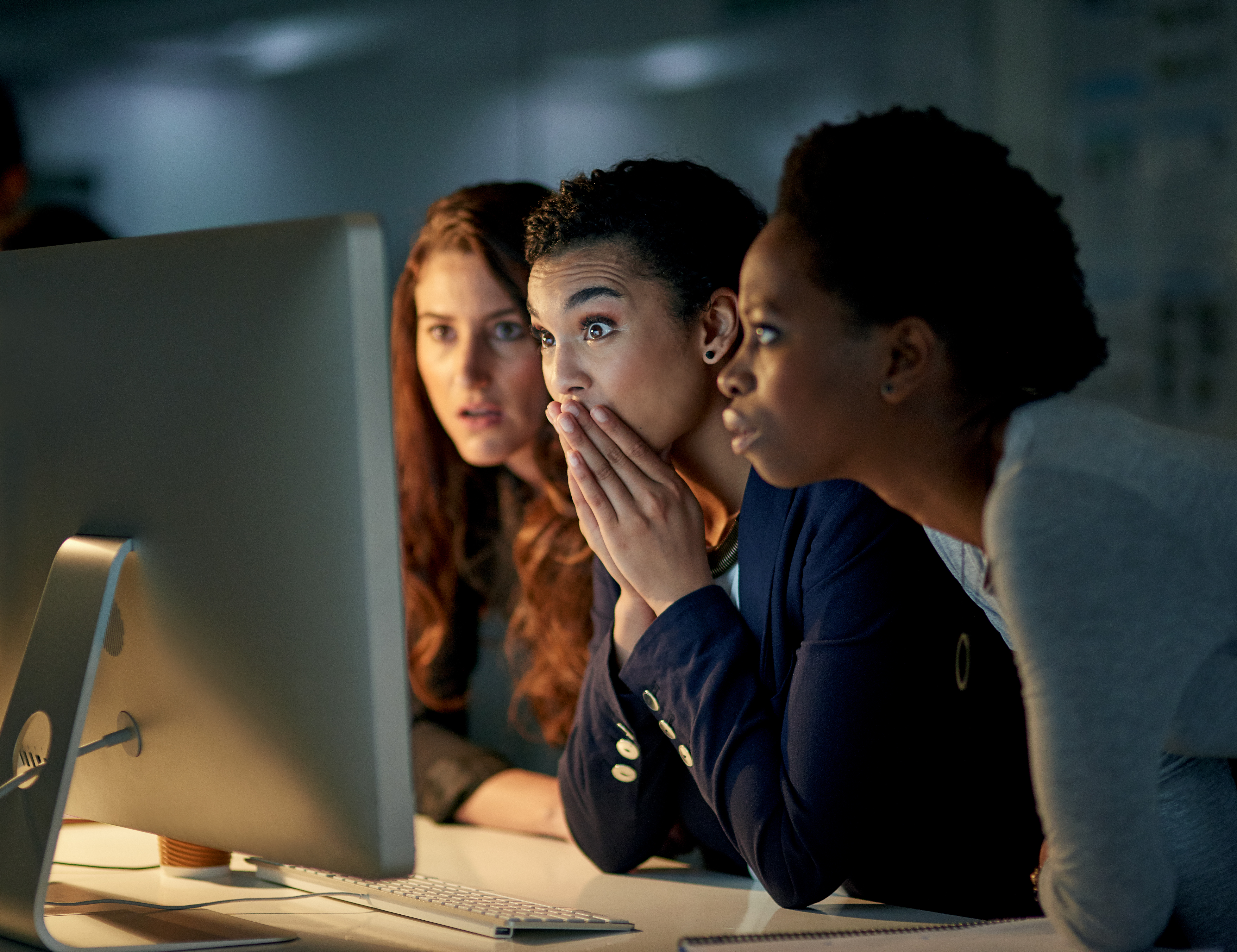 Over the last century there have been some huge legal scandals with a lot of money lost and individual’s reputations going down the drain. Here I count down through the top 10 which I believe had the most significant impact and the greatest shock factor.

Lance Armstrong, the world-renowned cycling champion, admitted to and was found guilty of doping. This put an end to his cycling career, and also resulted in him losing his previous Tour de France victories. To add to this, in October 2012, Armstrong resigned from the position of Chairman of the Livestrong foundation.

The impact of this doping scandal on the foundation itself was catastrophic. One of the most blaring changes was the shift in name.  Originally the “Lance Armstrong Foundation” it changed to it’s current name the “Livestrong Foundation” in November 2012. Additionally, as of 28th May 2013, Nike ended all former ties with the foundation. This included ending the production of its line of Livestrong products.

Founded in 1985, the Enron Corporation was once a leading Energy Company based in Houston, Texas. At it’s peak, it was once been the seventh biggest company in America. What happened, you might ask, to such an affluent company?

The catalyst that pushed Enron into a downward spiral of bankruptcy came when within five days, the company lost $90 million. Yet, when this happened, the auditor, Arthur Anderson, (who oversees financial documents) ignored this and did not announce it to the public. As a result, the company was able to hide billions of dollars of debt from the public eye. In 2001 shareholders in Enron filed a $40 billion law suit following the significant decrease in the company’s stock price. It fell from $90.75 USD in 2000, to less than $1.00 USD by November 2001. Enron filed for bankruptcy in December 2001, according to Chapter 11 U.S Bankruptcy Code. Employees and shareholders of Enron received little compensation. They lost billions of dollars in stock prices and pensions.

Similar to the Enron scandal, the WorldCom accounting scandal of 2002 led to the company filing for bankruptcy protection. Further, the CEO, Bernard Ebbers was sentenced to 25 years in prison. The former CFO, Scott Sullivan was sentenced to 5 years.. This scandal came after Ebbers increased the revenues of the company by putting in false accounting entries. This led to the company losing almost $11 billion USD, 30,000 jobs. Most significantly, investors in the company lost $180 billion USD. Ebbers’ downfall came when $3.8 billion worth of fraud was discovered by WorldCom’s auditing department.

Danat-bank emerged after two banks had been merged together in 1922, with both banks signing a joint agreement which would guarantee both sides gaining capital and revenue of over 1 billion deutschemarks. As a result of its creation, Danat-bank became one of the largest banks in Germany. By 1931, was the second-largest in the whole of Germany. The fall of Danat-bank began on 17th June 1931, with the bank eventually going bankrupt by 13th July 1931. The fall of this crucial bank led to a collapse in the German economy, and began the banking crisis in Germany. More than six million jobs were lost in Germany by the end of 1931. This in turn led to the growing support and popularity of political leaders like Adolf Hitler.

Founder of the company Swedish Match, Ivar Kreuger has often been titled as the “saviour of Europe”. He provided loans to economically deprived countries after World War 1. Kreuger was able to build his empire by raising money through stocks and bonds. His company, The Swedish Match was a very complicated scheme that swindled thousands of investors, mainly from America. This success all came to an end when on the 15th April 1932, it was revealed that Kreuger was suicidal, bankrupt and very clumsy at forging bad bonds. Consequently, the America’s Securities Act was passed in 1933, which strengthened the requirements of disclosure for all companies that were selling their stocks. Kreuger’s tainted reputation resulted in him being renowned as Europe’s “greatest swindler”.

Founded by Madoff, the Bernard L. Madoff Investment Securities LLC was an investment firm located on Wall Street. Madoff, along with his accountant, Frank DiPascalli and David Friehling executed one of the largest known Ponzi schemes for at least 17 years. During this period, investors were paid either their own money or money from other investors rather than receiving actual profits. Through this scheme, the company was able to accumulate $64.5 billion USD from investors. Their only slip up in this scheme came after Madoff confessed to one of his sons the scheme that they were running. Soon after, his son reported him to the Security and Exchange Commission (SEC). Madoff was arrested the next day. Madoff, Friehling and DiPascalli all received prison time with Madoff being sentenced to 150 years in prison, as well as $170 billion USD in restitution.

Allen Stanford was the chairman of the Stanford financial group. This was a bank situated in Antigua. In March 2012, Stanford was found guilty by a court in Houston of over $7 billion of fraud. This conviction completely destroyed Stanford’s reputation and had a devastating impact on the island’s financial reputation. Stanford used money from investors to fund his lavish lifestyle. Stanford was renowned for giving his staff high wages.

After Stanford’s arrest, all previous employees were left without work so, in-turn, they fired nannies, gardeners, drivers etc. To add to this, Antigua was a very tourism-dependent island (with more than 70% of economic activity coming from tourism) so after the financial fallout, the country had to deal with the internal shock of the sudden loss of business. At the time, Stanford denied doing anything wrong, and instead blamed his ex-financial officer for the situation. Even after Stanford’s arrest, many residents in Antigua, regard Stanford very highly.

Once, the 35th largest bank in Germany, Herstatt bank had assets of over DM2 billion by 1974. It played a crucial role in the foreign exchange markets. However by June 1974, a series of wrong and miscalculated decisions led to the bank gaining approximately DM 470 million in loses. This marked the beginning of the end for the company. On 26th June 1974, German regulators took control of Herstatt Bank and ordered for it to be closed down. However, on the same day that this occurred, the bank was expected to receive US dollar payments. The difference in time zones meant that the banks never received this payment.

As a consequence of the Herstatt bank failure, the real time gross settlement systems was implemented across the world. This concluded that all payments that were made between banks had to be done in “real-time”.

This scandal is arguably one of the biggest bankruptcy cases in the history of the United States. It was much more complex than the failure of Enron in November 2001. After the Lehman Brothers filed for bankruptcy on the 15th September 2008, many were left shocked, particularly because of the fact that prior to this, the public had received continued reassurance from the company that profits and finances were healthy. One of the largest consequences of the collapse of this company was the fall in consumer confidence and the loss of thousands of jobs across the world. The Lehman brothers is a company that had been running for more than 150 years, and in that time, employed more than 28,000 people worldwide.

The simple answer for the fall of the Lehman Brothers can be explained by a series of miscalculated risks in the growing American market, as well as the cover up of more than $50 billion worth of loans as sales, leading to huge losses and a fall in share prices from approximately $85 USD to $0.10 USD.

The “Salad Oil Scandal”, also known as the “Soybean Scandal”, was a corporate scandal that occurred in 1963, ultimately resulting in the loss of more than $150 million USD, mainly to companies such as the Bank of America, as well as American Express (whose stock dropped by more than 50%). The culprit behind this scandal was Anthony “Tino” De Angelis, who owned the Allied Crude Vegetable Oil Company located in New Jersey.

De Angelis was able to obtain loans through the company’s alleged supply of salad oil. Ships that were supposedly “full” of oil would be approved by inspectors, allowing De Angelis to gain access to millions of dollars’ worth of loans. The ships were mostly filled with water, but because the oil would float on top of the water, this meant that many inspectors assumed that the ships were filled with oil. This meant that although De Angelis claimed that his company had 1.8 billion pounds worth of oil, they actually had just 110 million pounds worth.

After the scandal was revealed publicly, in 1963, De Angelis was found guilty of fraud and was also faced with conspiracy charges that were connected with the scandal. As a result, De Angelis was sentenced to seven years in prison (released in 1972).

Monthly Legal News Round Up- August 2018