From a 2:2 to Pupillage: Connie's Success Story 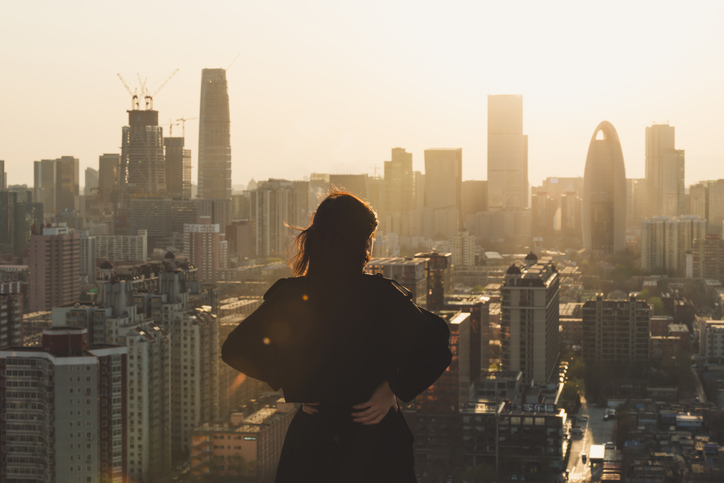 Connie’s journey into law has had its fair share of ups and downs – find out more about how she overcame school and university struggles to obtain her barrister pupillage.

My journey to obtaining pupillage was not an easy one. Fortunately, I had the full financial backing of my exceptionally supportive parents but my difficulties were deep-rooted. I truly believe that if more people had spoken about their mental health experiences previously, I would not have felt so alone during mine.

I grew up wanting to follow in my dad’s footsteps and pursue a medical career. It was only after I had chosen my A-level subjects – chemistry, biology and maths – that I undertook a week’s work experience at a local hospital and felt squeamish at even the sight of an operating theatre or bodily fluids.

Therefore, as advised by my teachers, my only option was to apply for an undergraduate degree which would allow me to work in the banking sector.

I remember my first anxiety attack as if it was yesterday. My parents were in the process of separating and it was the night before my 17th birthday in October 2007.

I went out for a meal with my then-boyfriend and our friends and, whilst in the car on the way home, I felt nauseous, dizzy and short of breath. I initially passed it off as having eaten a little too much, but it did not subside and I didn’t sleep that night at all. The sleepless nights continued, alongside the panic attacks.

Throughout the remainder of my time in sixth form, my attendance at school was appalling. As far as I can remember, I did not manage many five-day weeks. This, in turn, negatively affected my performance in my exams and my A-level results were equally disappointing.

It was not easy to see all of my friends head off to new cities and meet new friends whilst I stayed at home having decided to retake my A-levels but, in the end, it was worth it.

In March 2010, after undertaking cognitive behavioural therapy and being supported by my family, my anxiety attacks were few and far between and I had received an unconditional offer to study a BSc in Financial Mathematics at Newcastle University.

Considering Law and the GDL

Unfortunately, I did not enjoy my undergraduate degree subject and spent far too much time doing what students who live in Newcastle do best: socialising and partying. When my fellow students were applying for graduate schemes at the likes of Deloitte, PwC and KPMG, I decided that a career in the financial industry was definitely not something I wanted.

Once again, I was at a crossroads and I had no idea what to do. Instead of memorising page-long mathematical proofs, I binge-watched Suits and The Good Wife and read about high profile criminal cases.

My twin cousins had recently completed law degrees and, after a discussion with both of them, I looked into the Graduate Diploma in Law (‘GDL’) and attended an open day at the University of Law. Thereafter, I applied for a place at the York campus and received a conditional offer which inspired me to complete my undergraduate degree, albeit with a 2:2, which I was soon to find out would be a major sticking point for training contract and pupillage applications.

As soon as I started the GDL, I knew I would love every second. Studying a subject you are genuinely interested in makes it so much easier to put the hours in and retain the necessary information.

However, the dreaded birthday eve curse struck again in 2013. I attended a law fair at York University and approximately 90% of the firms’ representatives told me I had virtually no chance of securing a training contract with a 2:2 – I cried the whole way home that night.

Fortunately, the staff at the University of Law were incredibly supportive and told me the GDL was my opportunity to make up for my degree classification. I grasped that opportunity with both hands.

Wondering how to fund your GDL? Read this >>

While you’re here, why not take one of our popular quizzes?

Completing the BPTC and an Internship

The next decision I had to make was which route to go down after completion of the GDL: the Legal Practice Course (LPC) vs the Bar Professional Training Course (BPTC). After completing my first mini-pupillage at Wilberforce Chambers in Hull, during which I shadowed an exceptionally talented family barrister, my decision was made: I wanted to be a barrister.

Despite everything seemingly falling into place, when it came to my final GDL exams, the anxiety attacks, which I believed were in my past, returned with a vengeance.  I would walk out of an exam, I having barely slept knowing I needed to go home and read my notes for the next. Despite these tribulations, I passed the GDL with a Distinction and I have fortunately not had another anxiety attack since then.

I received a Dean’s Award from Northumbria University for the BPTC and, after some brilliant qualifying sessions at Inner Temple, the occasional 24-hour working day and learning over 150 pages of notes for centralised assessments, I graduated with an Outstanding. Further, pursuant to an essay writing competition, I won an internship at Lawyers Without Borders in the USA.

Although initially terrified at the thought of being away from home, it turned out to be the most incredible experience which found me my independence, confidence and my absolute best friend.

When I returned from America, I was lulled into a false sense of security by receiving an invite to interview after submitting my first ever pupillage application. I was, unsurprisingly, unsuccessful and soon thereafter came the all-too-common rejections at both the application and interview stages. Frustratingly, the majority of my feedback was positive so my only option was to keep plugging away.

What is a mini-pupillage and how do I get one? >>

My Journey to Pupillage

I worked as a County Court Advocate on the North Eastern Circuit, instructed by LPC Law, for just under a year before being offered the role of parliamentary assistant to Rt Hon Alan Johnson MP at the House of Commons.

Upon Mr Johnson’s decision to step down as MP six months later, I returned to East Yorkshire and again represented both Claimants and Defendants in a variety of civil matters. Here I gained experience in making submissions, conducting witness examination and communicating with judges, opponents, clients and court staff. I further grew in confidence, met judges who i may face in the future and developed my research abilities.

After numerous applications, a lot of travelling and eight final round interviews, I received “the pupillage phone call” in April 2018 (almost three years after being called to the Bar). I am due to start in-house at Pepperells Solicitors in Hull in January 2019 and I was offered the role of paralegal in their family law department in the interim.

I am thoroughly enjoying shadowing advocates in both public and private law proceedings and working on financial remedy cases. This experience will be particularly valuable when I start doing my own hearings next year.

I feel I am set to benefit hugely from undertaking pupillage and practising as a junior barrister in-house. I have seen first-hand that when solicitors and barristers operate under one roof and work closely together, there is a much stronger line of communication, benefiting both clients and professionals alike.

Further, in respect of financial stability, there is a consistent stream of work and no concerns as to not receiving payment for 6-12 months.

I have also found that working in-house provides a strong support network that may not always be present in chambers. At Pepperells, there is always someone to talk to or ask for help if you are anxious or worried about something so you never feel isolated. There is a full social calendar which really helps you to feel included and enables you to escape the stress which can often come with working in the legal field.

I really hope my story reassures those who are struggling with anxiety or wondering if they will ever obtain pupillage. I felt exactly the same for a long time and the day I received my pupillage offer was the best day of my life. The roller-coaster journey I had been on prior finally felt worthwhile.

How to Get 5 Out of 5 University Offers

Find Out Which Mini-Pupillages To Apply For