Why Would Anyone Abstain From Voting?⠀ 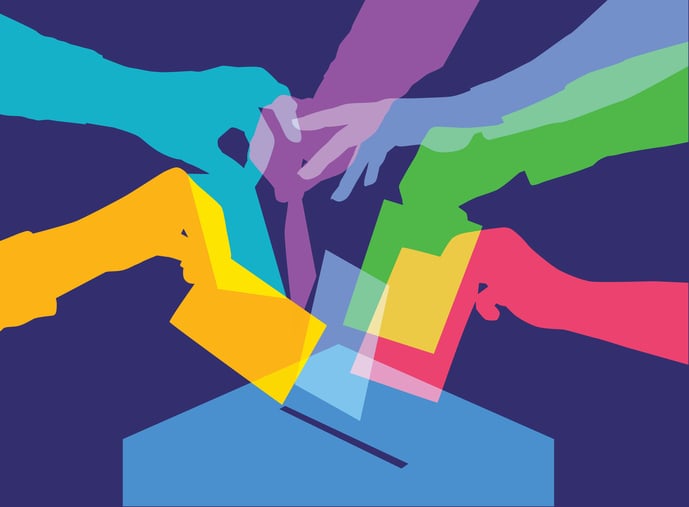 Not voting has been quite a controversial topic, particularly in light of the range of elections in recent years. Since the upcoming general election is predicted to have the lowest turnout in years, this could become a dominant issue once again. So: why would anyone abstain from voting?

Some believe that simply not turning up is a sign of laziness or a lack of involvement in current affairs, while some view abstaining as a valid form of voting.

Want more insights into top legal and political issues straight to your inbox? Take 30 seconds to sign up to TLP and you’ll receive free, tailored information for your aspirations and stage straight to your inbox, as well as be the first to know about new, free events – what are you waiting for?

Generally, you can abstain in more than one way. The most obvious is not turning up to the polling station, but you could also submit an invalid ballot paper which will count for an uncast vote. Some ballot papers also have “abstain” as a valid option you can select.

It is arguable that it is more irresponsible to vote when you are not well informed about who or what you are voting for.  From this point of view, it may seem better not to vote at all than to vote at random without understanding the consequences.

However, it can be difficult to see what abstaining actually achieves.

Abstain from Voting: Supporting the Majority

If the majority wants to vote in favour of something and an opposition voter abstains, abstaining may have the effect of supporting the majority vote.

This will mean that instead of a tied vote which could lead to another election or a coalition, party A will win.

Interested in legal hot topics? Read about the impact of Brexit on law firms here >>

Abstain from Voting: Undermining the Majority

If a certain threshold majority is required, not voting may support the minority position.

This means that your vote will decide the fate of the election. If you vote for the Orange party, you will be the sixth voter and they will get their 75% majority.  If you vote for the Pink party, neither party will have the majority so there may be a coalition or a re-election.

However, if you do not like the Pink party enough to vote for them, you can achieve the same effect of undermining the Orange party by not voting at all.

Abstain from Voting: No Effect

This can be demonstrated just by changing the previous example.

In this situation, abstaining can be used as a form of protest to show that in your view neither party are good enough. However, not voting will not influence the ultimate outcome of the election in this case.

What Effect Can Abstaining Have?

In reality, elections are far more complex than the extremely simple examples above. Although it is rare for a small proportion of voters to heavily influence the outcome of an election, it is not unheard of.

For instance, the 2010 coalition between the Liberal Democrats and the Conservative was due to an election which failed to produce an overall majority for any of the three main parties. Those who did not vote certainly contributed to this outcome.

However, abstaining most commonly has the effect of supporting the majority. The abstainer effectively gives up the small amount of control over the outcome of an election that their vote gives them.

Ultimately, abstaining is mostly useful in the moral sense rather than in the practical sense. Abstaining does not count as any type of vote so the outcome of a particular election is not directly influenced by those who do not vote.

In that sense, not voting would leave you at the mercy of other voters, but it could be used as a form of protest or as a show of no confidence.

Read these top articles next:

Impact of Brexit on Law Firms