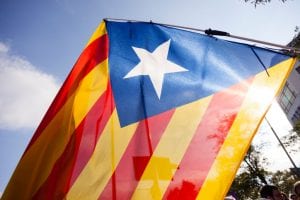 Welcome to another Lawyer Portal weekly law news summary. This week´s post will cover the legal news stories from 29th September 2017 to the 4th October 2017. This week we saw the immediate aftermath of the controversial Catalan independence referendum which took place on Sunday 1st October, a march for a change to Irish abortion law was held in Dublin and Police have backed calls to pardon the crimes of child sexual abuse victims committed while being groomed.

The Catalan Independence referendum which was held on the 1st October 2017 has been condemned by King Felipe of Spain as an illegal and irresponsible act from the Catalan government showing an ´inadmissible lack of loyalty.´ Moreover, the vote has been confirmed as illegal under Spanish law by the European Commission. Despite this, the Commission has highlighted a belief that it is an ´internal matter ‘suggesting that there will be no European intervention.

Addressing Parliament, King Felipe called for calm following a 24-hour strike in Catalonia in protest of the Police brutality against people going to vote at polling stations which left just under 1000 people injured. Members of the civil guard, a central Police force in Madrid, fired rubber bullets at crowds of protesters and were seen beating and throwing voters downstairs as they went to the polling booths. Whilst he did not defend the violence itself, the King did express a belief that the government had a duty to maintain the rule of the law in the region.

The controversial poll, which was suspended by the Spanish Constitutional court, was pushed through the Catalan parliament in June but the court in Madrid maintained that it violated the Spanish constitution. The Catalan President Carles Puigdemont said that with 90% of people voting for independence of the region that Catalonia had “won the right to statehood” and condemned the violence as “shameful.” Catalan leaders called for the EU to intervene following the violent clashes that injured many and left two in a serious condition.

In condemning the use of violence seen throughout the referendum The European Commission called for all sides to “move very swiftly from confrontation to dialogue.” However, a spokesperson for the Commission expressed that the referendum was an internal matter for Spain and had to be dealt with within the Spanish constitutional order hinting that it would not be a matter to be concluded on by the European Union. In a statement the Commission said, “We trust the leadership of Prime Minister Mariano Rajoy to manage this difficult process in full respect of Spanish Constitution and of the fundamental rights of citizens enshrined therein.” Mr Rajoy, who has the constitutional power to put Catalonia under central control, is facing the country`s biggest constitutional crisis in decades if Catalonia moves for secession.

Tens of thousands of people have marched through Dublin to demand change to the Republic of Ireland´s abortion laws.

The abortion laws that stand in Ireland are some of the strictest in Europe with terminations only allowed when the mother´s life is in danger. The Eighth Amendment of the Irish Constitution, introduced in 1983, gives an equal right to life to a pregnant woman and an unborn child. The maximum penalty for accessing an illegal abortion in Ireland is 14 years in prison.

The March for Choice is the first major demonstration hosted since the Taoiseach, Leo Varadkar, said he wanted to hold a referendum on abortion next year. This would be akin to their previous referendum on marriage equality which resulted in a momentous change in the law on gay marriage in the country. Campaigners gathered at Parnell Square in the City and made their way through the city to the gates of the Irish parliament. A pro-choice rally was also held outside the Irish Embassy in London on Saturday, with campaigners highlighting, in an emotional display of tally marks on the roadside, the astounding number of women who have travelled to the UK for abortions since 1983.

The Committee on the Eighth Amendment of the Constitution, which was set up by the Irish government to advise on the wording of the referendum, is considering a report from Judge Mary Laffoy which called for the eighth amendment to be replaced or amended. It goes on to suggest that it should be replaced by a provision which placed the onus on politicians to pass laws on termination of pregnancy, rights of the unborn and pregnant women´s rights.

Various Police chiefs and England´s children´s commissioner have backed the campaign put forward by Sammy Woodhouse to pardon crimes of grooming victims. Woodhouse, who was abused by a gang in Rotherham, has argued that the fear of being prosecuted is stopping victims from stepping forward to report their abuse and preventing survivors from moving on with their lives.

Woodhouse was coerced into committing crimes under the control of a gang leader in Rotherham when she was 14 years old including the possession of an offensive weapon. She argues that it is extremely upsetting for survivors of such child exploitation and abuse to have to disclose details of their past at future job interviews in order to explain their criminal record. She goes on to warn that without such change victims are being preventing from obtaining employment and rebuilding their lives emotionally. Sammy has written to the Home Secretary to request a meeting about the implementation of her law. In her letter she highlights that the introduction of this law will not only encourage those in abuse to come forward to police but enable those who have survived abuse to have a meaningful future.

Senior figures including the chief constables of South Yorkshire and Bedfordshire police forces, the director of children services at Rotherham borough council, and England´s children commissioner Anne Longfield have publicly expressed their support of Woodhouse´s campaign. Chief Constable Stephen Watson and the South Yorkshires Police and Crime commissioner, Dr Alan Billings have said that the concept of Sammy´s law will provide vital reassurance to victims that the events of their past will not continue to impact their future. The Home Office acknowledged the vile abuse that Sammy was victim to and praised ´her tremendous strength and courage in speaking out. ´ It said it would consider her case and respond to her directly.

On this particular week, there was an application for judicial review in an attempt to force home office to provide a gender-neutral passport.