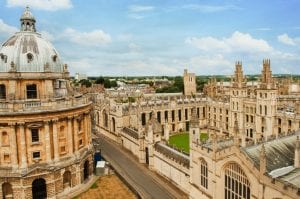 Welcome to another TLP Weekly News Summary. This week’s post will cover the legal news stories from the 20th October 2017 to the 25th October 2017. This week, a landmark supreme court ruling found that councils were liable for abuse suffered by foster children, the University of Oxford has been accused of “social apartheid” after statistics were released showing colleges having admitted no black students in recent years and the examination of Northern Irish abortion laws begins in the Supreme Court.

Foster children will be able to sue a local authority for abuse which happened under their care following a landmark ruling by the Supreme Court. This comes after Natasha Armes, now 40, from Nottingham, won her case against the council after justices ruled by four-to-one that it was liable for abuse she suffered as a child 30 years ago.

Their ruling highlighted the local authority as “vicariously liable” for the abuse committed by the foster parents, even though it was not negligent in choosing or supervising them. Lawyers said the decision meant councils were now liable for abuse carried out by foster carers, whether it was historic or recent. In the judgement Lord Reed said the local authority carried out the recruitment, selection and training of foster parents, paid their expenses and supervised the fostering. Therefore, the “foster parents with which the present case is concerned cannot be regarded as carrying on an independent business of their own,” he said.

Kim Harrison, a lawyer from Slater and Gordon, who represent children who have been abused by foster carers, said: “This judgement has finally put right a terrible injustice which has denied so many victims a legal redress that is widely available to other survivors of abuse.” They go on to highlight that until now local authorities have been able to shield themselves from responsibility for the consequence of placing a child in the care of an abusive foster carer. This case removes the arbitrary distinction which previously meant that the local authorities could be held vicariously liable for abuse only if it took place in a children’s home, but not if it took place in a foster carer’s home. This will allow survivors to be able to properly hold to account the authority which has let them down.

Former education minister David Lammy has criticised the University of Oxford’s admission policies after data was released showing that nearly one in three Oxford colleges failed to admit a single black British A-Level student in 2015.

The Education Minister first requested the ethnicity data from Oxford and Cambridge in 2016. David Lammy said the figures showed that many colleges at both Oxford and Cambridge failed to reflect the UK’s population as the data also showed a regional and socio-economic divide in their intake. Lammy criticises the revelations as highlighting the universities admission policies as “utterly unrepresentative of life in modern Britain.”

Lammy, who has been pressuring the University of Oxford to publish this data for over a year, goes on to emphasize that now difficult questions must be asked about bias inherent in the Oxbridge admissions process that is working against talented young people from ethnic minority backgrounds. In response, a spokesperson for Oxford said rectifying the problem would be “a long journey.” Despite this, they also argued that students from black and minority ethnic backgrounds made up 15.9% of its 2016 UK undergraduate intake and that offers to black students had more than doubled since 2010. However, these figures include British Asian students and other minorities.

Supreme Court judges are being asked to consider whether the existing rules on abortion in Northern Ireland breach a woman’s human rights.

The current law in Northern Ireland means abortion is illegal in all but the most restrictive of circumstances such as when a woman’s life is in danger or if continuing the pregnancy would result in mental or physical harm. The British 1967 Abortion Act, which provided a legal defence for carrying out abortions in England, Scotland and Wales, was never extended to Northern Ireland, where abortion laws remain much stricter than the rest of the UK. Abortion law in Northern Ireland is based on the Offences Against the Person Act 1861, which made it an offence to terminate pregnancy. The punishment for breaking the law remains life imprisonment.

In June, the government announced that women from Northern Ireland would be able to access free abortions in England, but campaigners pointed out that the problems with accessing the procedure was not only expense. On Monday, the Minister for Women and Equalities, Justine Greening, announced a plan to cover travel costs to England in some “hardship cases.” It means women from Northern Ireland, whose income is less than approximately £15,300 per year, will be eligible to state support to pay for travel and accommodation if they choose to have an abortion in England.

This week, a change to the law means that drivers who kill someone will now face life sentences