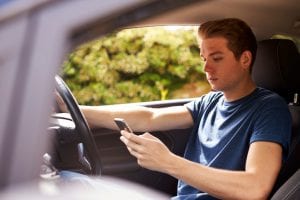 Welcome to another Lawyer Portal weekly news summary. This week’s post will cover the legal news stories from 13th October 2017 to the 18th October 2017. This week campaigners are calling for a change in the law so that children at the heart of family cases can talk privately with the judge, a change to the law means that drivers who kill someone will now face life sentences and David Davis, the Brexit Secretary, has been threatened with legal action based on reports on Brexit impact.

Children, campaigners and some judges are seeking a change in the law so that children involved in family court cases will be able to discuss aspects of the case with the judge in private if they so choose.

More than 100,000 children were involved in family court cases over the past year, according to the guardian service Cafcass. The decisions made will have a fundamental impact on their lives. Sir James Munby says children should be more involved in court proceedings as many are at the centre of bitter fights yet they do not give evidence directly, nor routinely meet the judge. This is intended to protect the child – but many children are unhappy with this, and feel they don’t have a voice. It can mean they distrust the process and won’t support the decision made.

Article 12 of the United Nations Convention on the Rights of the Child states children are entitled to: hold an opinion, be given the opportunity to express that opinion, know their opinion has been taken into account. At present, judges do not hear from children in court in family cases in England and Wales.

Oscar, now nine, is one of the youngest members of the Family Justice Children and Young Peoples Board. It is made up of 40 people now aged 8 to 25 who were or are children in family cases. At the age of 7, Oscar was subject of a court fight between his parents over where he should live. He said he worried terribly about it, couldn’t concentrate at school and would watch the clock, wondering what was happening in court. He asked to meet the judge. After a brief tour of the courtroom, they talked about the case for an hour. “I told him what I thought of the situation and what I wanted. Because it is actually about the child, in this case, me.” He is convinced the meeting made a difference, that he was listened to. The judge supported the outcome that Oscar had asked for.

For years, district Judge Nicholas Crichton argued children should be given the right to talk to judges privately if they wanted. In 2010, he was asked to draw up guidelines for judges to support this and since then, a working group of senior judges has been looking at the issue, including considering whether children should give evidence in court.

The Ministry of Justice told Today, “protecting children and the vulnerable” was at the heart of the family justice reforms and it would be discussing proposals with senior judges in coming weeks.

Causing death by dangerous driving, or death by careless driving while drunk or on drugs, will now carry life sentences whilst jail terms in cases involving mobile phones, speeding or street racing will now be the equivalent of manslaughter, the Ministry of Justice said. The change follows criticism that sentences for those convicted over road deaths were too lenient.

Announcing the change, justice minister Dominic Raab said: “Based on the seriousness of the worst cases, the anguish of the victims’ families, and maximum penalties for other serious offences such as manslaughter, we intend to introduce life sentences of imprisonment for those who wreck lives by driving dangerously, drunk or high on drugs.” A new offence of causing serious injury through careless driving is also to be created. Road safety charity Brake said it was a “major victory” for victims’ families however barrister Matthew Scott told BBC Radio 5 live the change would not increase road safety.

Meg Williamson’s Australian boyfriend Gavin Roberts, 28, died after his BMW was hit by a Vauxhall Corsa driven by Lewis Stratford on the A34 in Oxfordshire in June 2016. Stratford, who was speeding and having an argument over his girlfriend over the phone, admitted death by dangerous driving and was jailed for three years and eight months in March. Ms. Williamson told BBC Radio 5 Live that she believes a harsher sentence at the time might have acted as a deterrent.

The changes follow a public consultation in December 2016 which generated 9,000 responses. Of them, 70% backed increasing the maximum sentence for death by dangerous driving from the current 14 years to a life term. Department for Transport figures show that while three in five killer drivers are jailed, the average sentence is four years. In 2016, 157 people were sentenced for causing death by dangerous driving and 43 were convicted of causing death by careless driving whilst under the influence, the Ministry of Justice said. Brake has argued that penalties faced by drivers who kill and injure are “grossly inadequate” and cause added anguish to their families.

The Brexit Secretary has been threatened with legal action over his refusal to publish 50 secret studies commissioned on the impact of Brexit.  The 50 studies into the impact of Brexit on different industries were commissioned earlier this year but the government has argued that publishing them could damage the UK’s negotiating position with Brussels.

Lawyers acting for the Good Law Project, which is bringing the action jointly with the Green Part MEP Molly Scott Cato, wrote to the Brexit department and Treasury on Thursday demanding the release of the documents. They said that failure to do so within 14 days would result in the issue of judicial review proceedings before the High Court in an attempt to force their release. Jolyon Maugham QC, who runs the GLP, said he had received legal advice that the government may have a duty under common law to publish the studies into the potential impact on jobs and living standards.

The GLP has launched a crowdfunding campaign to cover the costs of the judicial review proceedings. Maugham previously raised more than £300,000 to challenge the government’s position that article 50 could be triggered by royal prerogative, and £70,000 to launch the Dublin case to establish whether the article 50 notification could be revoked. Despite this, Scott Cato has made several unsuccessful attempts to force the government to release the studies, including freedom of information requests. She said, “how can our democratic representatives make decisions in our interests when the government is withholding vital information?”

More than 120 MPs have signed a letter demanding that Davis publish the findings. The letter, coordinated by Labour’s David Lammy and Seema Malhotra argued that the failure to disclose the advice was preventing MPs from holding ministers to account. The Department for Exiting the EU has refused to confirm which sectors are covered by the impact assessments, but said that the list of those industries would be published shortly.

Read up on some more law news