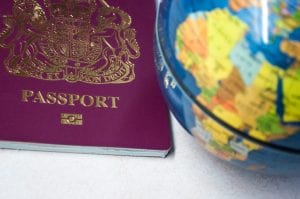 Welcome to another Lawyer Portal weekly news summary. This week’s post will cover the legal news stories from 6th October 2017 to the 11th October 2017. This week a father has lost a damages claim against an IVF clinic in London, a challenge to GCHQ’s use of non-specific warrants to authorise the bulk hacking of smartphones, computers and networks in the UK is starting in the Court of Appeal and there has been an application for judicial review in an attempt to force home office to provide a gender-neutral passport.

A father has lost a claim against IVF Hammersmith in London after his ex-partner handed them a “consent to thaw” form forged with the man’s signature. The high court found that the actions of the IVF clinic were not negligent.

The couple in question, who had a son together through IVF in 2008, had been signing agreements annually to ensure their frozen embryos remained in storage. The couple broke up in 2010 but a few months later the woman asked the clinic to implant an embryo. The man, who has remained anonymous, said he did not give his consent and was tricked by his former partner leaving him with an “unwanted child” as a product of her dishonesty. He goes on to highlight that it is very difficult for him to bring this challenge because the birth of his daughter, who he describes as beautiful and loved, has brought him so much pain.

The man argued that the clinic should pay for the cost of her upbringing with private school fees, holidays and her wedding amongst the costs described. The presiding judge, Mr Justice Jay said that although he ruled in favour of the clinic that his judgement should be seen as a complete moral and personal vindication for the man involved. The judge went on to highlight concerns about the way in which consent was obtained by clinics during this time. Whilst the clinic sought to make clear their stringent adherence to the statutory and regulatory obligations surrounding patient care in IVF they have since reviewed their procedures on consent “to ensure such a case could not occur again.”

The father has expressed plans to appeal the decision regarding damages to the Supreme Court but he makes clear that for him the claim is not about money but about justice.

The original claim dates back 2015 and was brought at the Investigatory Powers Tribunal (IPT) following revelations by the American whistle-blower Edward Snowden who exposed the extent of surveillance carried out by the US’s National Security Agency and the UK’s GCHQ. The IPT generally hears complaints about government surveillance and the intelligence services.  However, in February last year the IPT ruled that the legal regime under which warrants were issued for the agency to carry out equipment interference in the UK was compatible with the European Convention for Human Rights. The decision stated that the warrants do not need to be specified or ‘defined by reference to named or identified individuals.’

On Thursday, the legal battle goes before the Court of Appeal. Scarlet Kim, a legal officer at PI, said: “The IPT unlawfully sanctioned the UK government’s use of sweeping powers to hack thousands of people’s devices with a single warrant. Rather than debate the necessity and proportionality of their expansive hacking powers, the government is instead arguing that the UK courts should have no jurisdiction to review the legality of tribunal decision.”

If PI loses the case it could be ordered to pay £25,000 of the governments legal costs under a “protective costs order” that caps its liabilities.

In its appeals PI argues that hacking makes us less secure as the government takes advantage of security holes, which leave us more vulnerable to future cyber-attacks. However, the then foreign secretary, Phillip Hammond, welcomed the IPT judgement in 2015 saying that the right balance was being struck between overall British safety and the protection of an individuals’ privacy. He goes on to conclude that this is not the first time the capabilities of British security and intelligence agencies’ have been scrutinised and it isn’t the first time they have been confirmed to be lawful and proportionate.

Lawyers for gender-neutral activist, Christie Elan-Cane have applied for judicial review in a challenge to the home office to provide gender-neutral, or “X” passports to UK citizens at a high court hearing this week. Elan-Cane has campaigned on the issue for many years and given evidence to parliament about transgender equality in our society.

Elan-Cane, who was born a woman but began transitioning after surgery, appeared before The Commons Women and Equalities select committee two years ago to give evidence for their inquiry into transgender equality. She argued that whilst “legitimate identity is a fundamental human right,” non-gendered people are often overlooked.  Since July more than 40 MP’s have signed an early day motion in favour of gender-neutral passports. Elan-Cane argues the government is discriminating against its own citizens as it allows holders of foreign “X” passports to enter the country at border checks.

Solicitors from Clifford Chance as well as Kate Gallafent QC and Tom Mountford of Blackstone Chambers are working pro bono on the claim. They will argue that Elan-Cane’s human rights under articles 8 and 14 of the European Convention on Human Rights – the right to private and family life and absence of discrimination – are being illegally restricted by the Home Office’s refusal. The permission hearing was expected to be held in the administrative division of the High Court in London on Wednesday.

The Office for National Statistics (ONS) has suggested the “sex” question in the 2021 census could be made voluntary in response to claims that it discriminates against transgender people. The move would make the UK one of the first countries in the world not to require its citizens to tell officials what sex they are.

Interviewers at law firms or chambers love to see some worldly law knowledge.