My First Week At Oxford 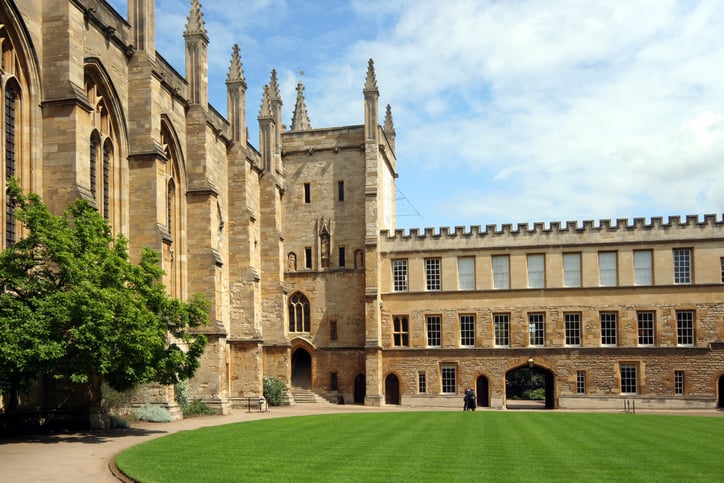 There is no doubt about the fact that the first week, (also known as Freshers’ Week), at university is incredibly busy and full of emotion. At one point you could be having the time of your life with the new and intriguing people you have met, and at another, you could be dealing with difficult academic work. It may feel like it is difficult to balance both, but it is possible.

Read on to find out how our contributor, Maria Luiza’s, first week was.

My day started at 7 am, and I was already full of nerves. My parents came with me to my Oxford College and helped me move in. When I arrived, I was overcome with pride as I took in the views of the picturesque and historic place would be my new home and place of study for the next few years.

My room was ready by around 2 pm and my parents and I said our goodbyes. I registered and was given some free goodies. I then went on a tour around New College with other students and met people I had gotten to know during the interview stage.

Next, I attended a welcome talk, which was followed by team-building in subjects. After that, we had pizza with the people from our staircase, or the people we were going to live with.

Later on, we participated in a quiz competition so that we could bond further with the people from our staircase. At the end of the night, I went clubbing at Parkend, which was organised by the College and met even more new people.

Find out if you have the right qualities for a legal career!

Quiz: Would I Make a Good Lawyer?

I had breakfast in Hall this morning, which was followed by three compulsory presentations and workshops on: Living in Oxford, Introduction to Student Support and Diversity. After the workshop, I did the reading for some work which was due on Friday of the same week.

Due to the workload, not everyone can always attend every event during Freshers’ week at Oxford, which meant I had to miss the BBQ in the garden. The other Law students and I had an introductory meeting with the Law Tutors, who explained what was going to be expected of us going forward and gave us tips on how to achieve it.

This was followed by another two compulsory workshops: Consent and Studying in Oxford. After a bit more work, I prepared myself for the Undergraduate Dinner with the Tutors in Hall, which was quite formal in terms of dress code, seating plan, saying grace, etc. There, I was sat next to my Roman Law tutor. The food was amazing and very aesthetically pleasing.

Today we went to the College’s Freshers’ Fair, which is much smaller than the University’s. Therefore, after having a quick look and joining the Law Society of my college, I went back to work. This was followed by an induction to the college library, along with an introductory session in legal skills with another one of our tutors.

After having lunch with the second years, we went to meet our criminal law tutor. Right after that, we went to the University’s Freshers’ Fair, and I signed up to the University’s Law Society, Fencing Society, along with some environmental societies. After dinner, I went to see my college ‘mum’, a second-year law student, who is supposed to help me around and give me advice. She prepared me for the Toga party, which involved being wrapped in a bedsheet toga outfit and going for drinks with other students.

After breakfast, we had a two-hour induction session with one of our future tutors and we reviewed the work that was due. It was mostly a discussion of the questions we were asked about certain cases and statutes, there was no essay.

After a slight break, we went to an induction at the Bodleian Law Library, where they explained how we can access resources. We were then emailed the work and reading lists from both of our tutors for our first tutorials. This was followed by three introductory lectures from 2 pm until 5 pm. After dinner, having done some of the reading for my first tutorial, I joined some new friends for drinks before going clubbing at Fever.

I started my morning by doing some reading, followed by brunch in Hall and some mug-painting. The majority of the day was spent working on completing the reading we were given, as well as sorting out some admin, such as paying for battels (bills), forms, meal booking etc.

At the end of the evening, I socialised with friends again and had a lot of fun, which definitely compensated for the time spent working hard earlier in the day.

After brunch, I did work for the tutorial I had earlier in the week. Later on in the day I joined my college ‘mum’ again at a family formal (which we had to wear gowns for) and had a three-course meal together. Once again, she helped me with some very useful advice and encouragement.

After the family formal finished, I joined the group that was going to go to the ‘Under the Sea’ Bop, which is a fancy dress clubbing night. We prepared our costumes and make-up together, I put on some party stickers and glittery scales and then we went to Fever again.

Something to take away from my first week at Oxford is the importance of a planner, which would definitely have helped to keep me on top of things. I used Google Calendar and it certainly helped to know what came next, every single day.

I would recommend putting all your events in the planner in advance, so that when things pile on you know what you are dealing with and will be able to prioritise. It is stressful to have to work during Freshers’ week, but this way, you will at least stay organised and on the right track.

Feeling like you are being thrown in at the deep end is to be expected during Freshers’ week, especially at Oxford when you are also forced to deal with work. It is worth noting that there is undoubtedly a great support system for students through their college family, as well as the other people in the year above studying the same subject. Oxford stretches you, but you are also well taken care of there.

A lot the week was spent working on or stressing about work, but the way Freshers’ week was planned ensured that you socialise and meet new people as well. There are events suitable for all, no matter what your personal preferences are. Even if you skip clubbing on some nights like I did, you will still make friends at other events. Undoubtedly, you will make friends anywhere at Oxford and have fun, despite the workload.

Intellectual Property Rights and Other Terms You Should Know