LNAT Success Series: How to Read the LNAT Passages 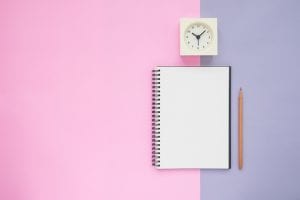 The multiple-choice section of the LNAT provides you with 12 detailed and argumentative LNAT passages on anything from alcohol in society, to the tax system, to the role of the jury in the legal system. Learning how to answer the questions based on these LNAT passages is important but you can’t even begin to answer the questions without learning how to properly read the passages.

It is obvious that all students applying to study law at university can read, have probably read complex writings and have an extensive and ever-growing vocabulary due to their time in education. Those skills will be invaluable during the LNAT. However, reading passages for the LNAT and, even more so, learning to read legal documents, cases and even legal textbooks during your studies will require an attention to detail, analysis and a type of close-reading which is a new skill to many. Truthfully, even in my third year of my law degree I cannot say I have mastered this skill.

You can now use our 100% free LNAT Practice Questions simulator, to test your LNAT abilities on a realistic platform!

In this article, I will provide an example passage and highlight a method for reading it closely that with practice will help you find success in the LNAT and beyond.

How to Read the LNAT Passages: Example Passage:

I once asked an old friend, through a thick haze of smoke, what he liked most about a cigarette, to which he replied, “It frames a moment.” In the age of the smartphone, we have developed a more literal way of framing moments: a digital record is made, always with the possibility of being shared. The selfie is the more infamous manifestation of this, putting the taker’s narcissism on full public display. Yet this is simply a more brazen version of the banal tweet or status update about one’s whereabouts or activity.

In the aftermath of smoking, the smartphone has become our handy “moment-framing” tool of choice, even more so than the coffee cup. As with the cigarette, the smartphone feels most needed at precisely those moments when routine is most lacking, like when we’re between other places or waiting for someone to arrive. The strange need to inform one’s friends and followers that one is presently in an airport (tweets such as “JFK>LHR”) speaks of a latent desire for framing that might once have been sated by a cigarette. It’s not as if air travel is remotely exotic or exciting any longer, but more that it creates a sense of “between-ness” that prompts the urge for an anchor.

In a superficial sense, the smartphone is quite a good cigarette replacement, and certainly a less carcinogenic one. It offers us something to do with our hands, and a way of feeling legitimately alone in public spaces like cafes. It fits into the pocket. For some people, it’s the first personal item that they reach for after a meal or after sex, just like a cigarette (the challenge with smart phones is to resist looking at them during these activities). Adults need objects that travel around with them, confirming their identities from place to place, not unlike children. If I can no longer smoke a ‘fag’ (as we like to say in Britain) as I gaze at the sun setting over a harbour, I can at least snap the moment on my phone, with or without a selfie stick.

William Davis, What have we lost in the shift from cigarettes to smartphones? (March 2015)

You don’t need to read the above passage at an incredibly slow pace in order to closely read it. The trick to closely reading a passage is not reading it slowly, although this of course can be helpful, it is to read it as many times as you need to understand entirely what the passage is trying to convey to the reader.

How to Read the LNAT Passages: The First Reading…

…is the fastest for me, you read to find out what the passage your dealing with is about. To do this you don’t even have to look at the first question. For example, I believe the above passage is about the argument that the smart phone has taken over as a boredom filler from smoking a cigarette. You are in essence finding the gist of the argument. This gist reading might give you the main argument of the passage (which could be a question) or it might not, that is why reading it a second time, and with more analytical purpose is important.

LNAT Success Series: How to Ace Your LNAT Essay

How to Read the LNAT Passages: The Second Reading…

…for me, is about picking out the main propositions that the author makes. So, for the above passage, in my opinion, the author gives 4 propositions. The first is that a cigarette was thought to have ‘framed a moment’ and now a smart phone does that. The author also implies that the coffee cup could come under the same category but does not go into any more detail on this. The second proposition is that a cigarette used to fill moments of boredom, or where routine was lacking and now a smart phone fills that moment. The author goes on to offer that a smart phone may be better than a cigarette as it is not bad for our health. His final proposition, in my opinion, is that which highlights an overall cynical tone of the passage as he seems to be suggesting that it is odd that adults need something with them to characterize their existence – be it a mobile phone or a cigarette.

How to Read the LNAT Passages: Example Question

What comparison does Davis not make between cigarettes and smartphones?*

*pinpointed parts of the passage are in italics

Therefore, you need to pinpoint in the passage if these things are mentioned or not. Did he say that both are used after a meal? Well yes, “it’s the first personal item that they reach for after a meal or after sex.”

Did he say you use both when you lack a routine? Again, yes, “As with the cigarette, the smartphone feels most needed at precisely those moments when routine is most lacking.”

Did he say both “frame the moment”? Yes, in two different places he made this comparison, “In the aftermath of smoking, the smartphone has become our handy “moment-framing” tool of choice, even more so than the coffee cup” and “I once asked an old friend, through a thick haze of smoke, what he liked most about a cigarette, to which he replied, “It frames a moment.“ In the age of the smartphone, we have developed a more literal way of framing moments.”

Did he say that both help your mind to settle? No, he doesn’t make this comparison anywhere in the text.

LNAT Success Series: How to Ace Your LNAT Essay Plan

LNAT Success Series: How to Answer the LNAT Questions

LNAT questions are a tricky business, but you can learn how to broach these MCQs here.