Legalising Cannabis: Why Is It So Controversial? 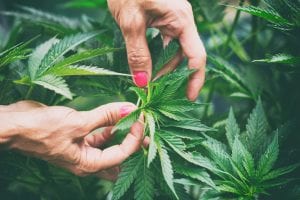 These cases received a lot of media attention and gained public sympathy, reigniting the debate as to whether cannabis should be legalised. This is particularly poignant given a trend toward legalisation among other countries.

Not sure which area of law to specialise in? Click here for our tips.>>

Canada, for example, has allowed the medical use of cannabis since 2001, causing many people to argue that it is unreasonable for the UK to have such a different policy which has caused unnecessary suffering.

Further, with Canada recently becoming the second country to legalise recreational cannabis, it’s not unrealistic to suggest that the UK could follow suit in this regard either. Advocates have pointed to the pros of legalisation such as relieving the police and courts of their duty to enforce the laws against cannabis sale and use, as well as raising tax revenue.

It has been observed that there is a developing global trend of liberalisation toward drugs, in particular cannabis and accordingly, it is essential that we look into what legalisation actually means and what the implications may be.

Medical Or Recreational Use?

One key issue in the debate about cannabis legalisation is the extent to which it should be legalised. Should use only be legal where it is for medical purposes? Or should the public be able to use cannabis for recreational reasons?

The legalisation of medical cannabis would mean that the dire situations which arose for Alfie Dingley and Billy Caldwell would never arise. However, many cannabis advocates argue that the law should not stop there and should instead move cannabis into the recreational domain.

This would mean that you would not have to go to the doctor to obtain a prescription for cannabis but instead would be able to purchase it easily from regulated businesses.

How Could We Regulate Cannabis Sale?

One of the arguments for the legalisation of cannabis is that instead of being the domain of drug dealers, the sale of the drug will move into the regulated market, with rules and controls on sourcing and quality, as well as who can purchase it and how much.

Drink driving in the UK has became a major issue for the police and a serious public safety issue. It has been argued that allowing for recreational cannabis use would add to the burden in relation to driving under the influence, resulting in a further strain on resources as well as increased driving accidents.

That said, people driving under the influence of cannabis is already an issue for police forces, despite its current illegality, and significant resources are already used trying to tackle the sale and use of cannabis given its illegal nature.

Want to know about other current issues facing the police force? Click here.>>

Regulation would also need to set out at what age possession would be permissible; perhaps mirroring the drinking age of 18 or requiring a higher age of 21 if it is deemed more appropriate.

Ultimately, given the shift in attitudes toward cannabis and stories such as that of Alfie Dingley and Billy Caldwell, it is clear that this is a hot topic that will not go away. However, it is not so clear what legalisation would look like. There will inevitably be legal details that will need analysis and clarification.

Should Cannabis Be Legalised?

What is the impact of stricter US abortion laws?

What Would A ‘No Deal’ Brexit Mean For The UK?