When Can You Be Sued for Giving Your Opinion? 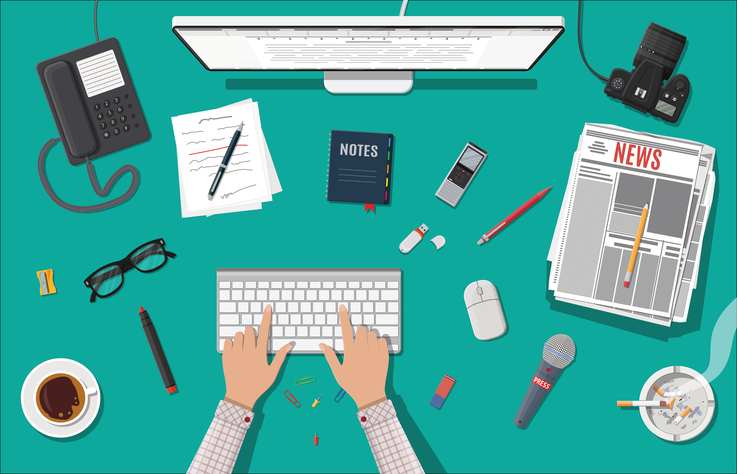 Our latest series ‘Take the Bore Out of Law’ looks at just some of the aspects of the legal industry that make it one of the most interesting professions in the world – and everything that lies beyond the paperwork.

The law against insults – when is giving your negative opinion going too far?

Defamation is quite possibly one of the most interesting areas of the law if you want something funny or ridiculous to happen because it deals with negativity, insults and offensive remarks. It also allows us an interesting insight into what celebrities find to be offensive and what they don’t.

The problem with having an interest in defamation law is that defamation is a very complex tort and, because of that, is very difficult to prove and therefore to win.

Defamation Law: What is the Law Exactly?

There are two forms of defamation. Libel and Slander.

Libellous statements are those defamatory statements which take a permanent or semi-permanent form. For example, something physical – a person being written into a book as an unsavoury character. However, slander is something more fleeting, for example, mimicking or mocking spoken word. Libel is the main form which I will focus on in this piece.

Defamation Law: Why is Defamation so Difficult to Prove?

The first element requiring a defamatory meaning is very subjective and it depends on the claimant at hand, but judges tend to use a reasonableness test: would a reasonable person believe that the statement at hand would cause the claimant to be brought into hatred or ridicule or cause them to lose respect or confidence held in them in their personal or working lives.

Not only this, but things said in the heat of the moment, meant as mere fleeting insult and things which may only imply a defamatory meaning are not actionable.

The second element is often the most difficult to surpass, Section 1 of the Defamation Act 2013 asks whether the statement is likely to result in serious harm to C’s reputation?

Whilst this does not mean that the claimant has to prove loss of income due to the statement, there does have to be a somewhat measurable ‘threshold of seriousness’ (Thornton v Telegraph Media Group Ltd [2010]) passed before the statement will be actionable.

This is shaky language which is easily rebutted in court with evidence to the contrary and some critics argue that it goes against the idea that defamation is actionable per se (without need for proof or evidence).

The third element, reference to the claimant, may seem straight forward but it has had its share of confusion in the courts. Sometimes where the defendant’s words could be understood by a large amount of people as defamatory to the claimant, despite no intention by the author to refer to said claimant at all, the defendant may still be found liable. Whatever happened to freedom of expression?

The final element is on its face the easiest to prove, provided the statement is made available to a party other than the subject of the defamation then it is “published.”

However, there are separate rules in cases of re-publication, repetition, the liability of secondary parties such as newsagents and printers and even having anticipation that a private letter may be read by an official third party such as a correspondence clerk – therefore, becoming published (Pullman v W. Hill & Co Ltd). So perhaps, not as easily proved as it seems.

Not only this, but even where these four elements are met, there are also defences available to avoid the imposition of liability. These defences include truth; honest opinion; and publication of a matter involving the public interest.

A case which shows the subjective nature of defamatory statements and a very important case in UK defamation law in the balance between freedom of expression and protection of reputation is Berkoff v Burchill [1996].

In this case, defendant Julie Burchill described Stephen Berkoff as “notoriously hideous looking” and in a later review of the film Frankenstein described Berkoff as “only marginally better looking” than the green monster. Berkoff took her to court arguing that the meaning was defamatory as to call a person “hideous” would tend to expose him to ridicule and cause people to “shun or avoid” him.

The argument was dismissed in the high court as Sir Maurice Drake deemed the statements not to be defamatory, but Berkoff appealed. The Court of Appeal couldn’t agree either, but by 2-1 majority, the words were found capable of bearing defamatory meaning as Burchill had created the impression that Berkoff was physically repulsive and this could lower his standing.

However, Lord Millett completely disagreed in his dissent finding the claim hard to take seriously as “chaff and banter” were not defamatory. He also went on to suggest that stopping someone from having this opinion would be an ‘unwarranted restriction on free speech.’ Regardless of Millet’s arguably true dissent – Berkoff successfully won his claim for defamation securing damages.

The other important thing to know about defamation is that when you do win, you can win big in damages. Rebel Wilson recently made Australian history when she was awarded $4.56 million Australian Dollars in damages over articles published by Bauer Media that Wilson argued cost her film roles.

The articles, which were published in 2015, branded Wilson a “serial liar” who had “fabricated almost every aspect of her life” – including her age upbringing and the origin of her name. The award was based on the estimated amount Wilson lost out on following the success of “Pitch Perfect 2”. The judge ruled that only a substantial sum like this could convince the public that Wilson wasn’t dishonest and highlight the significance the damage to her reputation has caused.

Even the most offensive of people can be offended by what is written about them, as was shown in 2012, when Frankie Boyle won over £50,000 in a libel case involving the Daily Mirror branding him a “racist.”

The comedian said the Daily Mirror newspaper had “misunderstood” the context of his use of language in jokes, adding the accusation of racism “goes against everything I’ve tried to do in my work, to do in my life.” Daily Mirror published Mirror Group Newspapers defended the piece “on the basis of truth and fair comment.”

So, in conclusion, what we have learned here is to be careful what we say and who we refer to; it is better to insult someone in the heat of the argument than to do it more formally; analyse your written opinions for who you could implicitly be offending or you could also find yourself defending your actions and be mindful of what you repeat as well as someone else reading any correspondence you send.

Defamation is an area of law that’s impossibly interesting, full of celebrity cases winning large amounts for offensive journalism scarring their careers, but it is also an area that’s academically challenging as it is full of rules and loopholes for those rules and exceptions to those loopholes. Something which could keep you very busy if this was the area of law that took your interest for your future career.