3 Things To Do After Receiving Your Pupillage Offer 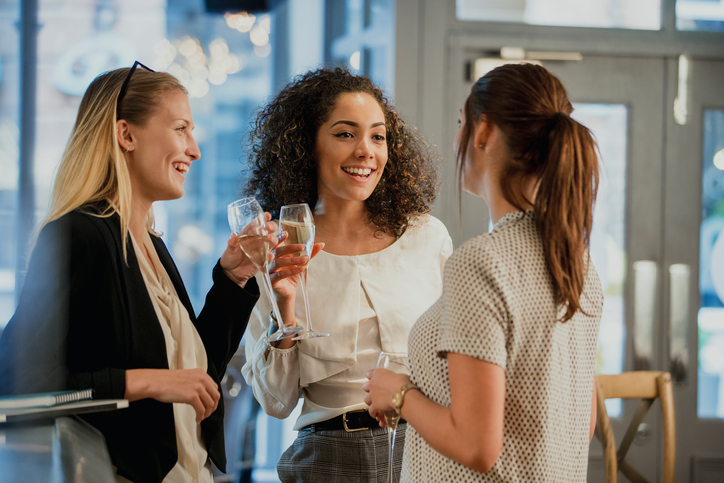 It’s happened. You’ve put your life into this soul-destroying application process for the last four months, if not even longer, and it has finally come up trumps. You’ve got a coveted pupillage offer and have gleefully accepted it with open arms.

Who knows, you might have even been one of those fortunate few who had the luxury of being able to choose between different competing chambers’ offers. Either way, congratulations. You can now relax in the warm glow of a job well done.

Take 30 seconds to sign up to TLP and you’ll receive free, tailored information for your aspirations and stage straight to your inbox, as well as be the first to know about new events – what are you waiting for?

For most future pupils, the next year or so will feel slightly eerie. You know where you’re going, but you have no formal affinity to your future chambers. Frankly, you might not even hear from them for months on end.

A friend was informed she had received an offer in March of one year, accepted it, and then was treated to radio silence for the next 17 months until the September of the next year, when she emailed to ask what date she was expect to start pupillage.

This is unusual, granted, but not unheard of. Chambers have got other matters to be getting on with, not least keeping their roster of egos happy and supervising their current pupils. You are the last thing on their mind.

The trick is to stay sociable. Make the effort. They want to get to know you, and you should seize on that.

Wangle an invite to the summer party and Christmas drinks. Go for lunch with any and all members you can. Get a feel for the vibe and learn who to avoid/cosy up to.

Aside from garnering socialising brownie points, such efforts will also mean that when the tenancy decision does come around (and believe me, it arrives faster than you might think) your reputation amongst members of chambers is a positive one.

Of course, the reality of pupillage applications is that most applicants simply do not have a clue about the area of law they’re applying for. This is especially true for GDL applicants, who can end up in chambers that specialise in subject areas they’ve never even heard of (ecclesiastical law, anyone?), but also applies more generally to law grads as well.

Don’t underestimate this hurdle. Chances are that you will walk into chambers on day one of pupillage and be expected to churn out opinions and pleadings, if not immediately, then at least within a few weeks.

So prepare. Make your life easier. Find the necessary textbooks over the course of your year preceding pupillage, having checked with junior members of chambers that you’ve got the right ones first, and digest them whole. Treat it almost as a revision schedule, working your way from cover to cover, so you can hit the ground running.

This will markedly alleviate the stress of the already steep learning curve that will hit on day one.

>> Find out more about the different areas of law with our free guide here!

3. Start Networking with the Right People

An unspoken truth of the Bar as a whole is that you sink or swim based not only on what you know, but also on who you know. The big cases will go to the top QCs, and they will want to take on the top juniors that they either know personally or that have been personally vouched for by others.

So start early. Get to know the top QCs through qualifying sessions at your Inn and other social events. Make a good impression and let them know you’re around if they’ve got any work that might be suitable.

In a world where you sink or swim on the efforts you put into your practice, all it takes is one good case to propel you on to the next level.

Finally, keep an eye on your peers entering the big solicitors’ firms and bag an invite to their events to meet their seniors and litigation partners. It might seem a drag, but who knows, give it a few years and you might be first on their list when the next big case comes knocking.

Hate networking? We have the articles for you:

3 Secrets to Impress a Pupillage Interviewer

Find Out Which Mini-Pupillages To Apply For