10 Biggest Myths About the Barrister Profession 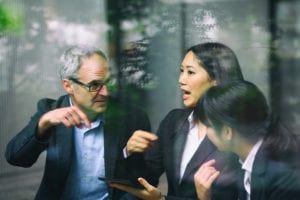 A lot of students will have been introduced to the barrister career path through film or TV depictions, which can often be misleading. But what is reality, and what’s just fiction?

Myth #1: You spend all day in court

I once spoke to a family law barrister who told me she went to court twice throughout her career. Of course, this will depend on what you specialise in, but working in a courtroom is generally not what most of the work will consist of.

Myth #2: Being in court consists of multiple grand and persuasive speeches

It is probably courtroom dramas which are at fault for this myth. Lawyers will be leading the witnesses, bring out emotions in the jury and persuade judges.

In real life, it is less about emotions and more about straight facts. Barristers present concise facts; they do not lead the jury through an epic story.

Confidence is good and all, but don’t go all Billy Flynn on them.

Myth #3: You will make a tonne of money

Again, this will depend on what you specialise in, but generally you won’t at least be starting with a £50,000 income.

Barristers work independently and not in a firm; thus income may fluctuate throughout your career.

Myth #4: Cases will always be super exciting and full of surprises

Reviewing and preparing documents will most likely take up a lot of your time. While this may not exactly be thrilling, it can be quite interesting when you have a real case.

Myth #5: As a criminal barrister, you will often represent people convicted of serious offences

Serial killers really aren’t that mainstream in real life, thank god. Most offences are minor, so you will probably be representing people that perhaps have less shocking stories than those on TV.

Just because it’s not a hardcore case doesn’t mean it won’t be exciting though. You are still working with real people with real problems.

Diversity in law is a hot topic for a reason and not all is equal in the legal profession just yet.

Still, you should not be terrified by the prospect that there are generally more male barristers. The last few years has seen a huge increase in both women and BME students going into law.

Myth #7: Other pupils will be throwing you under the bus to get the job

Competitive, yes; but most law students are not tweed-wearing snobs (hello, Legally Blonde).

Pupils are generally nice to each other as everyone is equally nervous. Your superiors will also probably be smart enough to spot the manipulative ones and, better yet, will not hire them in the first place.

Chambers are a professional environment and not an episode of Suits.

Myth #8: You will be completely in charge

Barristers work for people; not the other way around. You represent them and give them legal advice, but they will essentially call the shots. Barristers can’t force clients into doing something they don’t want to do.

Myth #9: Life is always glamorous as a barrister

And we are back at the paperwork. This is what much of the job entails, not attending events and having long paid lunches with clients. Being a barrister can be tough and consist of long hours.

I’m sorry to break it to you – you’ll probably not be sitting in your nice London penthouse with a glass of scotch and an interesting case in front of you for a long while.

Myth #10: Barristers have no social or family life

Most people would probably not spend their life in this profession if this was true. Yes, the work consists of long hours and involves a lot of administrative work.

You can still make time for family and friends though; in fact, you should. Being a barrister is a job, not a lifestyle choice.

By all means, don’t be put off by these myths though. Working as a barrister is still an exciting career; just don’t expect to be sleeping on beds of money, with your super intricate cases that have landed you on the front page of the Financial Times.

The Lawyer Portal Aspire will span exciting insights from the legal front line, all the way through to how to get ahead during the application process. The goal is simply to give you everything you need to take those next steps on the road to a legal career.