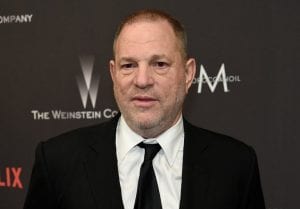 There are now more than 100 allegations of sexual misconduct against Harvey Weinstein, the disgraced Hollywood producer who is at the centre of a worldwide conversation about sexual harassment in the workplace. These accusations range from sexual harassment to rape and come from a multitude of women who have come into contact with Weinstein in the course of their careers. Prominent actresses such as Angelina Jolie, Gwyneth Paltrow and Ashley Judd have been among those who have released statements about their experiences with Weinstein. But what about the women who have not been able to come forward?

The New York Times has recently reported that employees of the Weinstein Company were asked to sign contracts which prohibited them from criticising the company or its leaders in a way that could harm its “business reputation” or “any employee’s personal reputation”. It further reported that when female employees have taken legal action against Weinstein for sexual harassment, his company has tended to settle claims confidentially. In combining payments with nondisclosure agreements, the company has ensured that plaintiffs have been unable to discuss the details of their case with others, and in particular the media. While it is not unusual to enter into settlements to avoid expensive and time-consuming legal battles; it is clear that in this case nondisclosure agreements were strategically employed as a means of protecting Weinstein’s reputation and preventing further scrutiny of his behaviour.

Weinstein has reached a minimum of eight settlements with women who pursued legal action against him. In a recent interview with the Financial Times, Zelda Perkins, a British former assistant to Weinstein, has said that she has broken a non-disclosure agreement made in October 1998 in order to raise awareness about these legal arrangements and their broader implications for sexual harassment in the workplace. Perkins alleges that she shared a £250,000 settlement with another woman who claimed she was sexually assaulted by Weinstein. She also claims that the directions designed to limit her ability to speak on the topic were so extensive that they included instructions on what action to take if she were asked to provide testimony in the criminal legal process. Rose McGowan, who has become a leading figure in the campaign to raise awareness about Weinstein’s sexual misconduct, has also alleged that she was offered $1 million in exchange for signing a non-disclosure agreement.

Weinstein’s accusers believe that he was able to systematically harass and assault women in the workplace through the use of money and threats. They argue that non-disclosure agreements were part of a wider strategy designed to silence women and thereby prevent them from bringing attention to Weinstein’s misconduct. As a result, Weinstein was able to avoid further scrutiny and persist in his actions for much longer than he might otherwise have been able to. Individuals such as Zelda Perkins believe that going forward we need to look more closely at the use of nondisclosure agreements in the context of sexual harassment claims and whether the people who sign them are freely making the choice to do so.