Law and Technology: The Lawyer of the Future 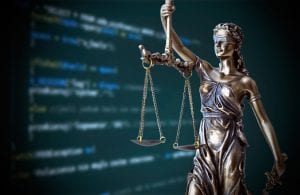 You probably haven’t heard of Justin Kan, but he might just be the man who drags law firms and legal services into the 21st century. Based in Silicon Valley, he founded Twitch.tv, which he sold to Amazon for $1bn. He then founded Cruise, a producer of self-driving trucks, and sold it to General Motors for $800m. And on 14th September, 2017, he launched his next company. It’s called Atrium, and it’s a new law firm built from scratch for how companies work in 2017.

There have been lots of new entries into the legal services market over the past few years. Where Atrium is different is its focus on software. Kan has actually created two companies. Atrium itself is a new full-service law firm with partners and associates from various top practices in the US and Europe. Atrium LTS as a separate company whose focus is building all of the technology that Atrium runs on.  Kan plans to test this software through his own law firm, before scaling it up and offering it to lawyers and law firms across the world. He believes that he can offer top-end (ie. Magic Circle) legal services significantly faster and cheaper, all by using technology to automate the majority of tasks that lawyers do.

So as a future lawyer, how worried should you be? Richard Susskind, Technology Advisor to the Lord Chief Justice, has been arguing for several years that technological disruption is inevitable and that lawyers need to prepare now. His book, Tomorrow’s Lawyers, should be required reading for all aspiring solicitors and barristers. According to Susskind, whilst the conventional lawyer will be less in demand than before, a new range of jobs will arise to take their place.

As technology becomes pervasive, people will need to organise and model the huge quantities of complex legal materials. To streamline what firms do, the law will need to be analysed, captured and embodied in computer systems. This is arguably more intellectually demanding that what most lawyers do now; distilling something into its essential parts requires greater knowledge and intelligence than merely repeating what a judgement or practice note says to a client.

Law and Technology: The Legal Technologist

For too long, the worlds of technology and law have rarely met. You occasionally find technologists who understand the intricacies of law, or lawyers who understand software and have built a few of their own programs. The future will need people who are equally skilled in both disciplines; people who are as comfortable reading court cases as they are writing Python. It may seem like a tall order, but these people will become the Partners of the future, will all of the money and prestige that that brings.

From the outside, it seems that what Kan is doing at Atrium is applying engineering principles to the legal world. This means he’ll be looking for duplication, choke points and entropy. He’ll be making changes to workflows and processes and A/B testing them to see if they make it more effectively. Law firms of the future will increasingly need people to do this to their own internal processes. Many things a law firm does, from M&A deals to property conveyancing, are repeatable processes that don’t change very much from deal to deal. They’re ripe for disruption, and understanding how to optimise and improve processes will be a key job for future lawyers.

It can seem daunting realising that previously stable, secure career could undergo such significant change. But as Susskind says in his book, future lawyers should see this as an enormous opportunity. Whenever there is significant change, there is plenty of chances for new people to come in and make things significantly better. So embrace change; maybe in a few years you’ll be the UK version of Justin Kan.

Ever wondered about how the world of law is going to develop with the increase of AI?