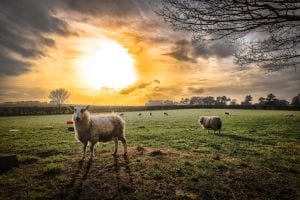 Last week, an amendment to the European Union withdrawal bill, which would have transferred the EU law on animal sentience into UK law, was defeated in the commons by 313 votes to 295. This provoked widespread condemnation from animal rights activists and members of the public, who took to social media to accuse Conservative MPs of refusing to recognise that animals have feelings. The government responded by accusing the media of, as Zac Goldsmith put it, “weird and dishonest” reporting that had misrepresented  the meaning of the vote and its implications for animal rights within the UK.

So what actually happened? MPs did not vote that animals are not sentient beings. However, they also did not vote for a law that would have recognised that animals do have feelings. As part of the UK’s withdrawal from the European Union, the government is working to transfer significant parts of EU law into UK law so as to ensure that key legislation will remain in place following Brexit. The Lisbon Treaty recognises that animals are sentient and this wording is currently part of UK law. But when the UK leaves, this law will no longer be applicable unless it is introduced into UK law. The leader of the Green Party, Caroline Lucas, had proposed an amendment that would preserve this protection. However this amendment was voted down.

Campaigners believe that without EU legislation, the lack of protections for animals in UK law would put animals at risk following Brexit. Caroline Lucas has also accused the government of failing animals, commenting that ‘the Government’s refusal to accept this amendment is simply absurd – and their continued insistence that sentience is covered in Animal Welfare legislation is wrong’. Indeed she has argued that the legislative recognition of the fact that animals are sentient beings is a stepping stone for broader animal rights and therefore believes that it should be enshrined in UK law.

However, the government has swiftly refuted these accusations. In an unusual step the environment secretary, Michael Gove, released a written statement confirming the government’s commitment to animal rights and their continued protection. He claimed that ‘this government will ensure that any necessary changes required to UK law are made in a rigorous and comprehensive way to ensure animal sentience is recognised after we leave the EU’. The government argues that the vote against the amendment was not a vote against animal sentience but rooted in a belief that the EU withdrawal vill was not the correct legislative vehicle to address animal rights. Instead they argued that the necessary protections were already in place and would be further developed in the future, making the amendment unnecessary.

Other Conservative MPs have joined Gove in confirming their party’s commitment to animal rights. Zac Goldsmith maintained that ‘the Government has delivered a blizzard of animal welfare initiatives over the past 4 months- with much, much more to come’. Meanwhile Henry Smith commented that ‘British animal welfare laws are the highest globally and on Brexit we’ll be free to strengthen them further still’.

It seems that despite the initial reaction to the vote, its implications are not as serious as was first reported. Nevertheless, a debate remains as to the best way of ensuring animal rights within UK law. Caroline Lucas and other campaigners believe that a law recognising animal sentience is central to protecting such rights. By contrast, the government and its supporters believe that this is not the case due to other domestic animal rights laws and their future plans for their further development.  Whether this is the case remains to be determined.

Read more about different legal controversies you may well be asked about in interview.