How to Discuss Grenfell Tower at a Law Interview 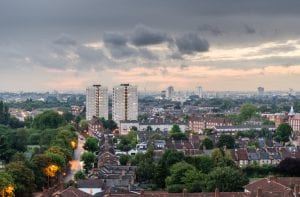 When the 24-storey Grenfell Tower caught fire on 14th June 2017 in the London borough of Kensington and Chelsea, many were surprised at just how devastating a fire could be in 21st century Britain.

Whether it be the sincere offer of condolences from Queen Elizabeth II and Prime Minister Theresa May or Labour Leader Jeremy Corbyn quickly visiting the scene, the initial reaction was one of both compassion and empathy. However, this very quickly turned into what was effectively a blame game, in the ensuing weeks and months.

Given that there are still many unanswered questions and varying attitudes as to just who was at fault, this article will address how best to discuss the incident at a law interview.

In the midst of preparing for your training contract or vacation scheme interviews? Book a free ticket now to the ultimate event for aspiring solicitors: the Training Contract and Vacation Scheme Conference!

Grenfell Tower: Is There Potential for a Murder Charge?

Shadow Chancellor John McDonnell went as far as to say that the 71 victims of Grenfell were ‘murdered’ by the decisions of politicians, but this isn’t strictly true. Whilst McDonnell is a reputable figure with a long career in politics; it is fundamental that candidates avoid a line of argument alleging murder.

Under English common law, murder requires that there be an unlawful killing with intent to kill or cause grievous bodily harm. Whilst mistakes were made over the past 4 decades regarding Grenfell, there is no indication whatsoever that there was ever any intention and so murder must be off the table in an interview.

In addition, there have been accusations of mistakes levelled specifically at the incumbent Conservative government regarding the substandard cladding, which made the disaster worse.

Wherever your political loyalties lie, it is important to acknowledge that Grenfell was built in 1974; since then, there have been several Prime Ministers from each of the two major parties. Any discussion of the mistakes made in the years leading up to the disaster should consider that this is a cross party issue.

Ultimately, there is nothing wrong with expressing a researched opinion on Grenfell if you remember: this is a highly emotive issue of which many facts are still unknown.

We do not know what charges if any the Crown Prosecution Service (CPS) will bring, but interviewees may wish to discuss the potential options given that murder has been discarded.

The first is a charge of corporate manslaughter. This is a statutory offence and originates from the Corporate Manslaughter and Corporate Homicide Act 2007. The Act covers corporations as opposed to individuals so would most likely be used against the installers of the substandard cladding at Grenfell.

The offence detailed is that a company’s actions have been managed or organised in a way which firstly causes a person’s death and secondly amounts to a gross breach of a duty to care which was owed to the deceased. No individual person can be charged under this Act as it deals with companies; therefore, imprisonment is not an option if found guilty.

The sentence instead is an unlimited fine usually recommended to start at 5% of the company’s annual turnover, or 10% if they plead not guilty.

In terms of the practicalities, it is unlikely that this Act would be used as the successful cases have only involved 1 or 2 claimants as opposed to the 71 at Grenfell. It is likely that on balance, this would be very hard to prosecute, considering cladding is on many other tower blocks which as of yet have seen no issues. You would be well within your rights to argue for a corporate manslaughter charge but would be best to read both the Act and a few cases to ensure you have a full understanding.

One offence which does allow individuals to be prosecuted and can result in imprisonment is gross negligence manslaughter. However, as this specifically requires the defendant to foresee that their actions will result in death, any charge is unlikely.

All things considered, candidates are welcome to make their own suggestions beyond and including the above charges. As long as they remain objective and do not suggest anything outlandish.

Grenfell Tower: What About the Liability of Kensington and Chelsea London Borough Council?

Much of the discussion surrounding Grenfell Tower, both in the media and otherwise, has focused on the companies who manufactured the cladding and their liability.

However, there is scope for students to argue that whilst they may well incur some liability, the affected council are also somewhat to blame.

The likelihood is that any action taken against the Council would be done via the Civil Courts. It is possible, but not definitive, that an action could be taken under Tort Law if there were reasonable grounds for believing that at any stage, the council were negligent of their duty.

This would potentially require the application of the test in Caparo Industries Plc v Dickman [1990]. This was essentially taken to mean that the establishing of a duty of care had three elements:

There are a couple of things to note though: the first of which is that a negligence claim is more likely to be raised by people who were injured but did survive the fire.

Secondly, any liability attributed to the council may be negated depending on the cause of the fire. At the time of writing, it is widely believed that the initial cause of the fire was an exploding refrigerator, but this is unconfirmed.

With respect to the criterion, it could be argued that in relation to point one, injury from fire was reasonably foreseeable as the council had neglected to install a sprinkler system and many fire alarms were alleged to be not working.

The second point is probably the most difficult to establish and a thorough examination of case law would be recommended for anyone tempted to comment on negligence. Finally, when it comes to the third point it would be possible to impose a duty of care on the landlords because to use the language in the Caparo case:

“The landlords were in a position to abate the hazard and were negligent in taking no action to assist.”

They may not have been able to prevent the fire starting but by having an effective fire safety policy and provision, they could have lessened the consequences.

Candidates are welcome to argue negligence and show that both criminal and civil charges are potentially possible, with a range of parties involved. The main thing to do is stay updated with the ongoing inquiries and research your law.

The most important thing to remember is that it’s been hotly debated that a number of different companies or individuals could be liable, from building control for signing off on the building, to the malfunctioning refrigerator manufacturers Hotpoint. However, not one has been confirmed as being the sole guilty party, and candidates must bear in mind the complexity of the case when discussing at interview.

Featuring speakers with a breadth of qualifications and experiences, their advice will be invaluable for giving you a step up into the competitive process – you may just hear that one tip that secures you your placement!