Cracking the Case: a Whisky is How Much? 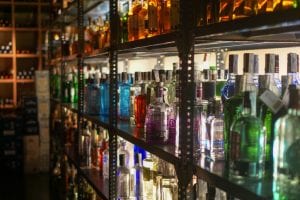 As all students know, when buying any alcohol the prime concern is to try and get the cheapest booze available. The issue for the Supreme Court last week, in the final stage of over five years of litigation from the Scottish courts and the European Court of Justice, was simple: how cheap is too cheap?

In 2012, the Scottish Parliament introduced an Act to set a minimum price per unit of alcohol sold in Scotland. The suggestion was 50 pence. That might not sound like much, but previously it had been possible to buy the maximum recommended weekly intake of alcohol (14 units) for as little as £2.52!

The Scottish Parliament was and remains worried about the serious health and social consequences of binge drinking, especially among younger generations. The policy was openly designed to raise the price of the cheap, super-strength vodka that posed the greatest threat, while leaving the overwhelming majority of drink pricing unaffected. This was explicitly not a tax – any excess profit would go straight to the retailer. It was simply a financial deterrent.

The Scottish Whisky Association bitterly disputed the policy, arguing that it would interfere with the free movement of goods and competition in the EU, and sought a judicial review of the 2012 Act. The argued that the minimum pricing was disproportionate under EU law, and favoured a standard tax increase to address the problem. Scottish Ministers argued in response that a tax would cynically move the cost away from the sector that was being deliberately targeted (binge-drinkers abusing super-cheap alcohol) onto those whose drinking habits were not a significant problem.

After an initial referral, the ECJ decided that though the policy would indeed affect competition, such a move was in pursuit of a legitimate aim (protecting the health of sectors of society is, unsurprisingly, a legitimate aim), not disproportionate, and so ultimately up to the Scottish government to deal with as it saw fit. The Court followed its recent jurisprudential trend of giving national governments a fair degree of latitude in how they conduct and design their policies. In sum, there was little appetite to interfere with a policy that addressed a pressing issue in a seemingly reasonable way.

The Supreme Court in Scotch Whisky Association  v Lord Advocate (Scotland) [2017] UKSC 76 agreed with the ECJ, though happily gave a more reasoned judgment while doing so.

First, the court accepted that the aim of the policy was to strike at alcohol misuse in poor and deprived communities that led to health and social problems. A tax could not be so focused  or effective, even though, as the Institute of Economic Affairs rightly noted, the policy “clobbers the poor and exempts the rich”.

Secondly, a minimum pricing level would be simpler to enforce for all parties involved.

Thirdly, the measure in the legislation which triggered a review after five years and a ‘sunset clause’ after six years, showed that the proposals were provisional. They were thus less likely to be disproportionate.

Fourthly, and most interestingly, Lord Mance for the majority stressed that the courts should not second-guess the value that the legislature puts on health. In arguing that the measure was disproportionate, the Whisky Association had to in effect argue that the value of the lives ruined by alcohol abuse, that could be prevented by eliminating super-cheap alcohol from stores, were worth less than 50p per unit. This is a difficult argument to make politically, morally, and legally.

The Whisky Association tried to get round this hurdle by emphasizing that the Scottish Ministers had failed to examine enough EU market evidence when formulating the policy. Lord Mance pointed out that the Ministers were under no obligation to do so, as the value of the various market drivers were incomparable with the health of the deprived members of society.

It would seem that sometimes, booze can be too cheap.

Read the first Cracking the Case to understand more about the case of professional gambler Phil Ivey.