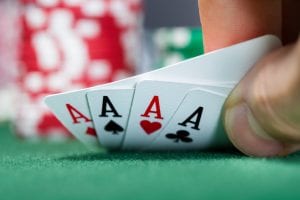 Welcome to the first of our new series: Cracking the Case. Every fortnight, Oliver Jackson, TLP contributor and Legal Adviser for Liberty, the Personal Support Unit and FRU, will be looking into large, legal cases that have featured in the news recently, breaking them down into concise, two-minute bites for students. Read on for further insight into the case of Phil Ivey, the American poker player who recently lost a court battle seeking to reclaim £7.7m of winnings from the owners of a casino in London.

What does it mean to be dishonest? Most of us seem to have an intuitive idea of what dishonesty is, usually along the lines of not telling the truth or intentionally deceiving another person. The criminal law recognised this intuitive judgement in the form of the Ghosh [1982] test: (i) was the act dishonest according to reasonable and honest people, and (ii) did the defendant realise this? This second limb is intended to protect, for example, a tourist from a country with free public transport who fails to pay for a London bus. The tourist does not realise what they are doing is ‘dishonest’, and so is protected.

However, the second limb also has a slightly unfortunate result – the more warped a defendant’s standards of honesty are, the less dishonest a jury is likely to find them! Surely the law can do better than that…

It seems that the Supreme Court would agree. The recent case of Ivey has given short shrift to the second limb of the Ghosh test, consigning it to the dustbin of legal doctrines

Phil Ivey was a professional gambler who ‘won’ £7.7 million from a casino in a card game. In a move straight from Las Vegas’ worst nightmares, he pretended he was superstitious to trick the croupier into rotating the playing cards a certain way. This allowed him to identify minute differences in the patterns on the back of the cards, figure out where the high value cards were, and exploit that information to increase his chances of winning. The casino, after figuring this out, refused to pay him. He sued on his contract with the casino.

To Cheat or not to Cheat

In court, Ivey was perfectly open about what he had done – he was proud of his reputation as an ‘advantage gambler’ and was skilled and sharp-eyed in deploying his technique. Regardless, the Supreme Court found that Ivey had cheated, in violation of his contract with the casino. Cheating, it seems, does not require dishonesty but rather something along the lines of ‘we know it when we see it’.

However, the court went further to rule that the Ghosh test, despite being applied for 35 years, is not correct and should no longer be used. Dishonest conduct is measured according to an objective standard. Again, ‘we know it when we see it’ – if something would be considered dishonest by a ‘reasonable and honest’ person, then the law treats it as dishonest.

Interestingly though, as the court pointed out, there is hope for the tourist from a particularly public-transport focused state. Despite the lack of the second limb of Ghosh, he is already protected by the first limb, as objectively, his actions are not dishonest.

If you’re thinking about studying an LLB university law degree, you may be wondering what to expect on the course and which universities to apply to. This page gives you all the information you need to make sure you make the degree decision that’s right for you.