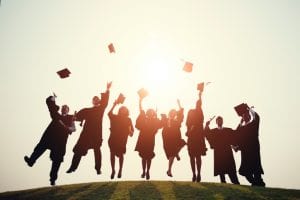 ‘Ever tried. Ever failed.

Legal studies are seen as an incredibly intellectually demanding and reserved primarily for those of exemplary academic standing.

Entry requirements for law-based degrees are (generally) very high; therefore, many students within the top law schools in the UK will have perfect academic records, creating fierce competition for training contracts and vacation schemes, alike. But, in a profession known for its extremely high standards, is there any room for educational diversity?

This article aims to give my own personal account of bouncing back from educational failure and making it into a top law school with the intention of inspiring others, furthering the diversity in the law.

At the age of 15, when my peers were studying diligently for their GCSE’s, my academic career was to come to an abrupt ending. Attending a state-funded school and growing up in a family with very few academic role models, it is safe to say that the prospect of studying at university, against my better judgement, was not one at which I looked upon fondly.

Therefore, before even earning the right to buy a scratch card, due to various mitigating circumstances, I left school with no qualifications and without ever sitting a formal examination.

Lacking any qualifications, and growing up around a family-run restaurant, it was only fitting that I plied my trade in the family business. Initially, I worked front of house, often helping in the washroom and assisting the kitchen with preparation.

Subsequently, after discovering a self-confessed streak of perfectionism and an eye for creative expression, I found myself with an overwhelming inclination to try my hand at the culinary arts. Delving into my chosen path, with total disregard to any reservations, I carried out the requisite training, and eventually became a full-time chef.

To many, hospitality is way of life, a passion and a sense of belonging. To those individuals, I applaud your resolve.

To me, it was a destructive vacuum. Long hours, a non-existent social life and waking up from a 70-hour week induced stupor with the sound of “order-in!” ringing through my head proved too much.

Eventually, following six years of service, I tapped out. 21, physically and mentally drained, with no qualifications – I was in a rut.

“Where do we go from here?” I asked myself. Well, after walking past a local college, with nothing to lose, I decided to attempt to gain some clarity regarding my future. This moment would prove to be life-changing and I was to meet a tutor who, after allowing me to enrol in an access course despite my complete lack of qualifications, became a driving-force in my subsequent success. They showed great belief in me throughout my studies.

Following my enrolment in college, I went from strength-to-strength, and the extent of my capability became apparent.

Choosing an American literature module led me to read To Kill a Mockingbird and I was in awe of the visionary status Atticus Finch held as a lawyer representing a black man in a society ingrained with deep-seated racial prejudice. Subsequently, after thorough research, I discovered the enshrinement of law in every pillar of society, and with the backdrop of the unprecedented constitutional impact of Brexit, I was impelled to study law.

Growing up in Ireland, I was never driven to leave like many of my peers. However, with an interest in practising as a corporate lawyer, it became apparent that I was subject to significant limitations if I opted to stay at home, and my university choices reflected this awareness.

Therefore, after finishing my access course with high commendation, I enrolled at University of Manchester School of Law.

Diversity in the Legal Profession

As an aspiring lawyer, many may question the viability of my goals, and rightly so.  The legal profession, as previously discussed, is fiercely competitive. Even those with well-polished academic track records often struggle. Despite this, in a world of overwhelming uniformity, diversity is a way in which we can allow ourselves to stand out.

In the primitive stages of my legal experience, I can say unequivocally that a providing a lucid and honest account of our experiences in the face of adversity and challenges overcome, will innovate and progress the legal profession to an unparalleled recognition of educational diversity.

In my experience, the legal world is brimming with people willing to offer insight and provide keen exposure. It has become apparent that some of the most able, intelligible candidates stem from unconventional backgrounds. Therefore, through an array of helpful platforms, breaking the restrictive barriers has never been so easy.

To that end, I must reiterate: at 21, I was educationally bankrupt. At 23, I am a proud and able law student.

Astoundingly, and against all odds, my schedule now consists of pro bono work, academic debating and representing my cohort as a student representative. To those lacking the sufficient self-belief, a rigorous application of oneself will reap profound results: if I can do it, anyone can.

Wrtten by Naoise Davey, TLP Ambassador for the University of Manchester

Thinking about Becoming a Law Student Later on in Life? Take a Look at These:

We Need to Make the Legal Industry Multicultural - Here's Why

What is multiculturalism? And how can we encourage it in the legal profession?